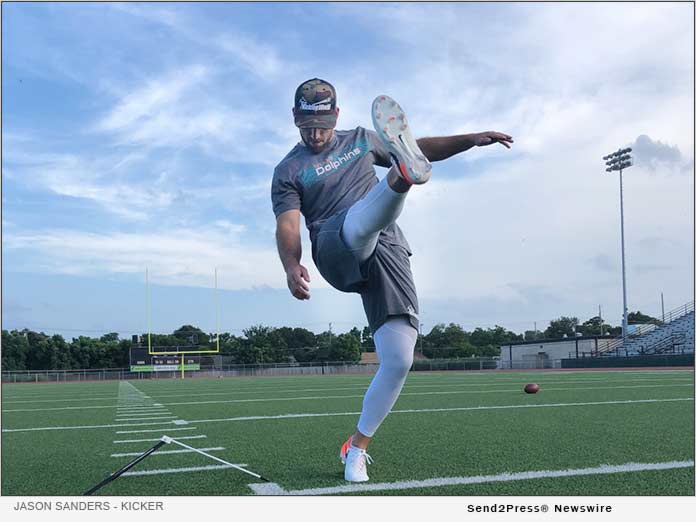 Jason Sanders has been working with Coach Brent Grablachoff since they first met during Jason’s junior year of high school. The pair have stuck together over the years refining Sanders craft through college and today as a professional football player. Whether in Brent’s camp in Austin during the offseason, or conducting video analysis virtually during the NFL season, it has made Sanders one of the top young kickers in the NFL today.

“He’s unlike any other kicker I’ve coached before. No matter the situation he doesn’t get up and he doesn’t get down; he stays right in the middle, which allows him to focus on the process and not worry so much about the outcome,” said Brent Grablachoff, owner of Kicking World.

During the podcast, which can be heard on DolphinsTalk.com, Brent Grablachoff discusses Jason’s training regime and about his mental makeup, which allowed him to have incredible success, setting numerous records amongst NFL kickers this season. The outlook is that once his rookie contract expires next year, Jason will be in line for a very large deal.

Jason Sanders records this year include earning back-to-back AFC Special Teams Player of the Month honors – in October and November of 2020 – and connecting for a perfect 5 for 5 field goals in two different games this season already. Jason also currently holds an active NFL kicking record for the most consecutive field goals made over 50 yards this season.

Kicking World hosts over 40 football kicking, punting and snapping camps in 30 cities and 22 states, in addition to year-round private instruction for pro, college, high school and youth specialists. The emphasis is on quality instruction, a high coach to student ratio, and improving performance of football kickers. Learn more: https://www.kickingworld.com/

Brent Grablachoff is the Owner and Head Coach of Kicking World, providing year-round kicking lessons in Texas. He conducts most of his sessions out of Austin, Texas and also travels to over 70% of their nationwide kicking camps. Brent is the author of the “Complete Guide to Kicking” and “Step by Step Guide to Punting” DVD series. He also launched an app and wrote a book, all related to football kicking. Learn more at: https://www.kickingworld.com/staff/brent-grablachoff/

This press release was issued on behalf of the news source, who is solely responsible for its accuracy, by Send2Press Newswire. To view the original story, visit: https://www.send2press.com/wire/brent-grablachoff-discusses-what-makes-miami-dolphins-kicker-jason-sanders-so-consistent/

KROST CPAs Announce Greg Kniss as Chairman of the Board, Jason Melillo as CEO and Keith Hamasaki as Principal of Assurance and Advisory