RIVERSIDE, Calif. /California Newswire/ — Justice Watch Radio, a nationally syndicated radio broadcast airing on WCGO in Chicago, KSHP in Las Vegas, NBC affiliate KCAA in California, and via satellite on the GAB Radio Network; announces the release of an exclusive interview with its founder Attorney Zulu Ali, discussing the cost and consequences of being a black lawyer fighting for justice, and why black men are targeted by the justice system. 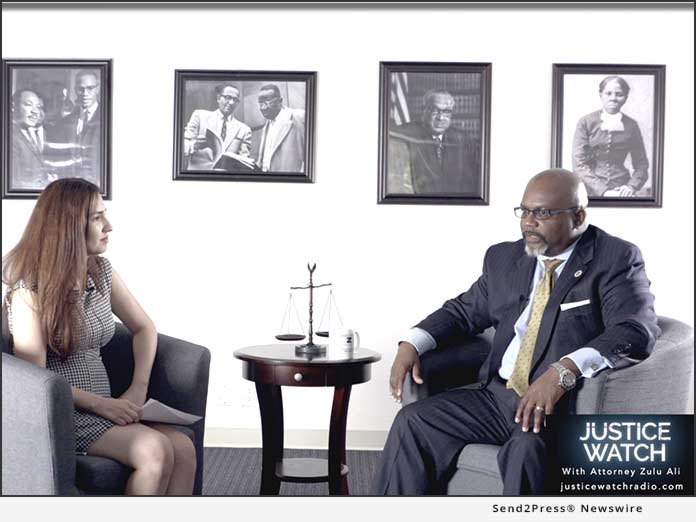 Attorney Ali is a trial lawyer, former police officer, and U.S. Marine Corps veteran with law offices in Southern California, Africa, and the Netherlands; with a law practice focusing on representing persons accused of crimes, immigrants, and victims of civil rights violations in state and federal courts. Attorney Ali has been admitted to represent victims of human rights violations at the International Criminal Courts at the Hague in the Netherlands; and the African Court on Human and Peoples’ Rights in Tanzania.

In 2017, Attorney Ali was recognized as one of the most influential African American Leaders in Los Angeles by the National Action Network founded by Reverend Al Sharpton.

Attorney Ali has been married to his spouse, Charito, for over 33 years; and resides in Southern California with their four daughters and three grandchildren.


Attorney Zulu Ali - The Cost of Being a Black Lawyer Fighting for Justice
Watch this video on YouTube.