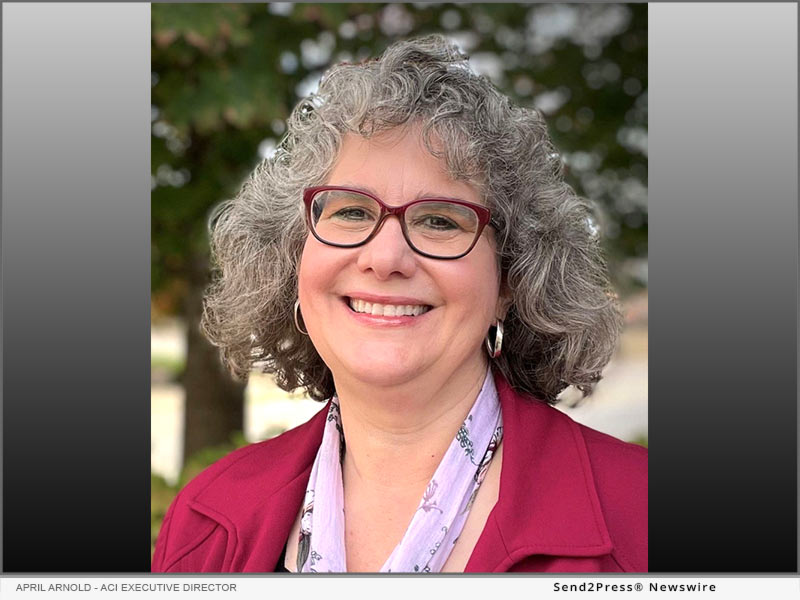 CHICAGO, Ill., Jun 30, 2022 (SEND2PRESS NEWSWIRE) — The Board of Trustees of Associated Colleges of Illinois (ACI) (https://acifund.org) appointed April Arnold, CFRE, as ACI executive director, succeeding Mick Weltman, who will retire after leading the organization for nearly eight years. Arnold brings substantial experience as a leader and fundraiser in higher education institutions and nonprofit organizations. She begins her leadership role with ACI July 5.

Currently, Arnold is an independent consultant who has worked with organizations such as Kidsmatter, Naperville, Illinois, and Futures Fundamentals, Chicago.

Arnold, who earned a Bachelor of Arts in Theater Arts from Northern Illinois University, DeKalb, said she is honored to be selected as ACI’s next executive director. “My passion has always been to support youth,” she said. “As a first-generation college student, I understand what degree completion means not only for student success, but also for the success of the family. My own experience would have been quite different without encouragement and guidance from others. To me, the secret sauce of ACI is in what we can do to augment resources, provide connections, and foster opportunities to support the colleges and universities served.”

Arnold’s experience as a fundraiser was key in her selection as executive director, said Lyn Bulman, chair of the ACI Board of Trustees. “The breadth of her not-for-profit experience, and particularly her time in higher education, was also an attraction,” she commented. “In addition to her previous roles, everyone who met April as part of the selection process felt that she would be a good fit with ACI’s culture. I am confident that April Arnold will be a worthy successor and a strong ambassador for ACI’s mission.”

Arnold’s previous work experience includes serving as operations director for Sounds Good Choir, NFP, Downers Grove, Illinois, from 2019 to 2022. In that role, she established procedures and operations for the startup organization that serves hundreds of older adults in the Chicago area through community-based choirs. Her success included annual fundraising campaigns that increased at least 9 percent each year.

In higher education roles, she was director of corporate and foundation relations at Northern Illinois University (NIU) from 2014 to 2018. At NIU, she developed new giving policies, raised $2.5 million towards scholarship and program support, and secured one of the largest seven-figure gifts to the foundation. From 2007 to 2013, Arnold worked at Elmhurst University, Elmhurst, Illinois, an ACI member, where she was director of institutional giving and served in other senior development roles. Among her achievements were generating more than $1 million in new gifts to support capital, endowed and annual initiatives, raising $1.7 million toward a department goal of $3 million, organizing a signature fundraising event that netted more than $300,000 annually and establishing corporate alumni gatherings to build engagement.

Arnold became a Certified Fund-Raising Executive (CFRE) in March 2020. She is also active in community service activities. In 2019, she was named Outstanding Volunteer for West Suburban Philanthropic Network, Wheaton. Since 2019, she has served on the DuPage Board of Directors for Metropolitan Family Services, Wheaton, and is development and stewardship chair. She previously served on the board for Family Shelter Service, Wheaton, and served on strategic planning committees for DuPage Convention and Visitor’s Bureau, and DuPage Arts for All.

Arnold and her family reside in suburban Chicago.

About Associated Colleges of Illinois (ACI):

ACI is a collaboration of 26 private, independent colleges and universities, representing more than 70,000 students. Established in 1952, ACI supports member colleges and universities by advancing independent liberal arts and sciences education and helping underserved students succeed in college, careers and life. The organization raises funds for scholarships, emergency financial aid and peer mentoring, and it provides member services such as professional development conferences, college-to-career seminars and other events.

This press release was issued on behalf of the news source, who is solely responsible for its accuracy, by Send2Press Newswire. To view the original story, visit: https://www.send2press.com/wire/aci-board-of-trustees-appoints-april-arnold-as-aci-executive-director/