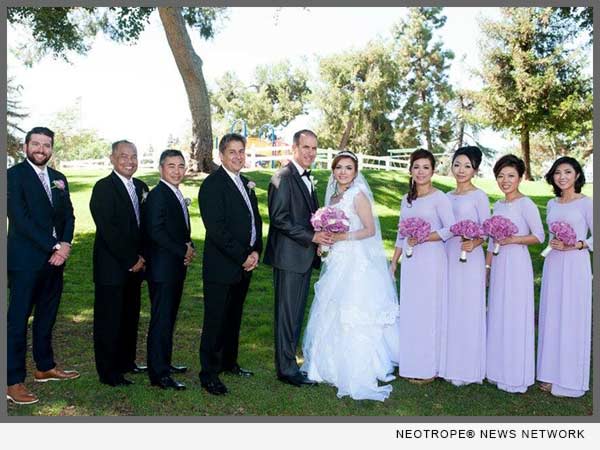 The celebration for Thomas “Tom” Oseransky and his bride continued at the San Gabriel Hilton, where all had a wonderful time.

The Story of the Orange Dress: Ashburn-Based Private Chef Turned Heads at her Wedding in Local Berryville, VA