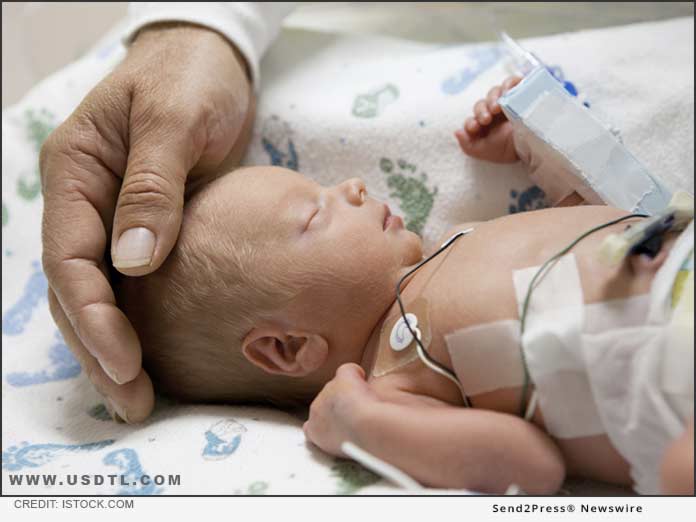 DES PLAINES, Ill., Oct 01, 2019 (SEND2PRESS NEWSWIRE) — Over the last few decades, United States Drug Testing Laboratories, Inc. (USDTL), has been quietly making a huge impact on the lives of some of the most vulnerable Neonatal Intensive Care Unit (NICU) patients, newborns exposed to substances of abuse during gestation. Today USDTL announced that they are the first laboratory in the world to commercially offer newborn fentanyl testing in both meconium and umbilical cord tissue specimens.

Fentanyl, defined by the Center of Disease Control (cdc.org), is a synthetic opioid that is extremely addictive. Like other opioids, abuse during pregnancy can cause newborns to go into dangerous withdrawal known as Neonatal Abstinence Syndrome (NAS) and/or have other devastating physical abnormalities. Fentanyl is a powerful, inexpensive drug that is being cut into illicit substances and its presence is increasing throughout the country.

“Traditionally, fentanyl was mainly accessible via prescribed patches and intravenously, so testing for it was generally reserved for people that had specific access to it. Now, the distribution of fentantyl is booming through illicit drug trade communities in volumes that are difficult to estimate. Unfortunately, testing for fentanyl as part of a detection or exposure protocol is becoming the new normal. We are grateful to be able to develop and offer these tests to answer the call of so many hospital partners that are trying to get on top of this epidemic,” said Joseph Jones, Chief Operating Officer at USDTL.

Meconium and umbilical cord tissue are both considered advanced long-term drug testing specimens because both start capturing substances in the newborn’s system up to approximately 20-weeks before birth. For comparison, newborn urine drug testing has a typical lookback window up to approximately 2-3 days before birth. This longer window of detection from advanced specimens makes it possible to get a better picture of what is going on with the newborn.

“Adapting our tactics -from a population health standpoint- and being able to test for more prevalently abused drugs in the industry is crucial. The landscape continues to change and as a community we have to be prepared to keep up with the trends,” said Douglas Lewis, President and Founder of USDTL.

USDTL, is a leader in newborn toxicology, alcohol biomarkers, and substances of abuse testing. They specialize in niche areas of forensic drug and alcohol testing by offering the most comprehensive testing panels on the market. They have decades of cutting-edge innovations that have been adopted and serve the population health needs of hospitals, legal organizations, and more. Learn more: http://www.usdtl.com/

This press release was issued on behalf of the news source, who is solely responsible for its accuracy, by Send2Press Newswire. To view the original story, visit: https://www.send2press.com/wire/usdtl-test-helps-identify-newborns-exposed-to-fentanyl-abuse/