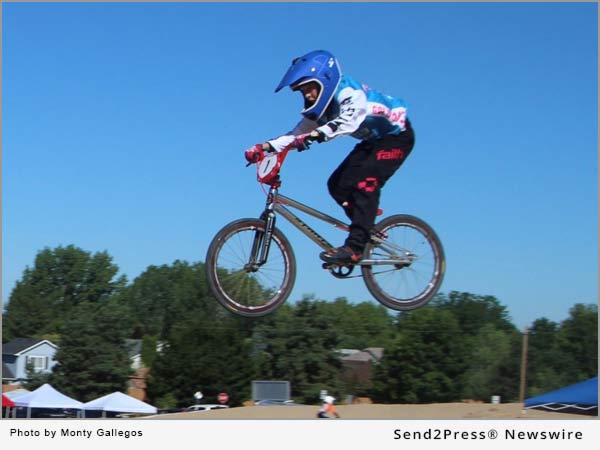 EAGLE, Idaho, Aug 15, 2016 (SEND2PRESS NEWSWIRE) — Eagle Park BMX announced that it will be hosting the 2016 Idaho State BMX Championship on Saturday Aug. 20, 2016. Riders from the entire state of Idaho will be competing for the State Champion title. Each year a State Championship series is conducted by USA BMX and Idaho sanctioned tracks.

Top 10 riders will also be invited by special invitation by USA BMX to compete in the Race of Champions (ROC) on November 25, 2016 in Tulsa, Oklahoma. The ROC is the culmination of all of the State Championship Series in the United States.

Riders as young as 2 and as old as 60 years will compete at the State Championship. There are several standout local racers who are expected to do phenomenally at the state championship according to Blake Richards, Eagle Park President. Arlo Sexton from the Treasure Valley who will be competing in the 5 and under age group and is one to be watching for. Arlo is currently leading his ago group for Idaho State Championship Series and is ranked 7th nationally in his age group.

Another outstanding local rider is Jassan Michaelson who is a 3 Time World BMX Champion and is currently leading the 28-35 year old age group. Michaelson’s 6-year-old daughter is also sitting in the #1 position going into the Championship weekend. A number of riders are tied up for #1 spot going in the big weekend.

For more information, contact Black Richards at 208-869-6858 or Rob Moorman at 208-954-1691 and email at eagleparkbmx@yahoo.com. Eagle Park BMX is located in the fabulous foothills of Eagle, Idaho. It is adjacent to the Eagle Sports Complex.

This press release was issued on behalf of the news source, who is solely responsible for its accuracy, by Send2Press Newswire. To view the original story, visit: https://www.send2press.com/wire/treasure-valley-to-host-2016-idaho-state-bmx-championship/

Finally, The HBA Championship First for The Less Fortunate, The Privileged, And the Hopeful