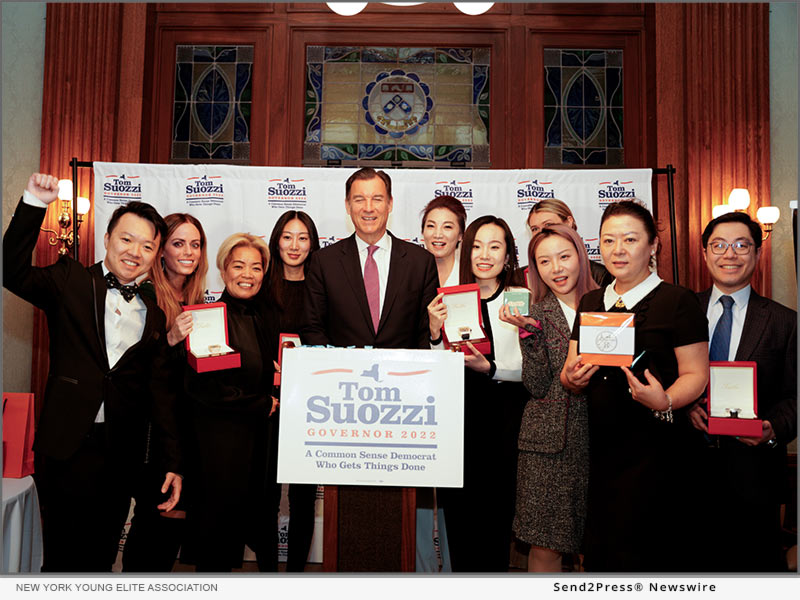 Suozzi thanked those in attendance and emphasized that he would be improving matters such as public safety, taxes, and education.

“My biggest number one issue is to make people feel safe in New York City,” Suozzi said, with immediate and booming applause from the audience.

Suozzi was elected as a congressman of New York’s 3rd district in 2016. He was previously the Mayor of Glen Cove, New York, in 1993 and was elected Nassau County Executive in 2001, a position previously held by Republicans for 30 years.

During his tenure as the County Executive of Nassau County — which is more significant than 11 states and has the 12th largest police department in the country – it had the lowest crime rate of all communities with over 500,000 people. The current New York City Police Commissioner, Keechant Sewell, was a police officer promoted by Suozzi when she was serving in the Nassau County Police Department.

“I’m not going to be your Deputy Mayor,” Suozzi said. “I’m running for Governor… I can do more to help you from the Governor I can be than as your deputy mayor.”

Suozzi also said he is willing to work with everybody, regardless of their political affiliation. He also pointed out that the recently passed infrastructure bill was due to bipartisan efforts, a belief he strongly champions. He also supports tax reduction.

“I won’t abandon my values, but I will work with anybody to solve problems that surely help people.”

NYYEA President John JD Liu said the current downward trend of public safety and hate crimes against the Asian community is a priority of immediate attention. Liu also said he would back Suozzi for his governorship bid, which would also benefit the overall interest of the local Chinese community.

NYYEA is a nonprofit organization that seeks to assemble and serve as a platform for the young elites across various industries and fields. It aims to facilitate the exchange of ideas, consolidate resources and in turn, heighten the positive impact the group can achieve collectively.

— Paid for by The New York Young Elite Association —

This press release was issued on behalf of the news source, who is solely responsible for its accuracy, by Send2Press Newswire. To view the original story, visit: https://www.send2press.com/wire/the-new-york-young-elite-association-hosted-a-fundraiser-for-tom-suozzi/