LOS ANGELES, Calif. /California Newswire/ — A&J Capital, Inc. (A&J), a financial services & advisory firm specializing in EB-5, private equity, and investment management, today announced its latest milestone of repaying $27 million of capital to EB-5 investors for one of its managed new commercial enterprises (NCE). A&J serves as a manager of the NCE and oversees its day-to-day activities, including the administration of the EB-5 loan. 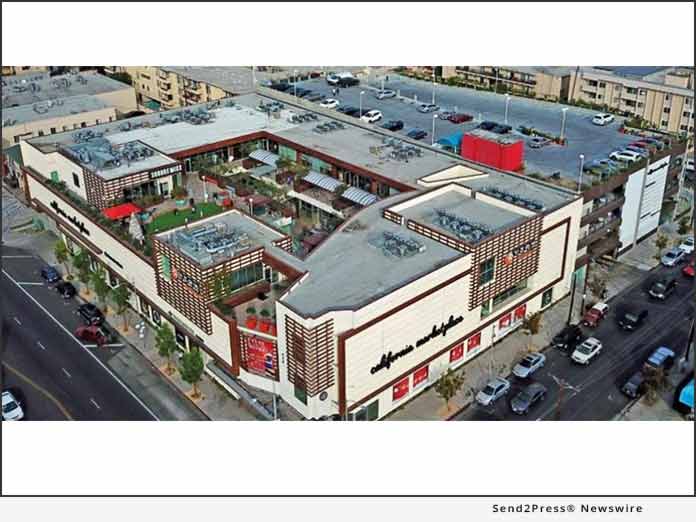 The $45 million construction project of the 213,508 square foot mixed-use retail shopping center known as California Marketplace in the heart of Los Angeles’ Koreatown commenced in 2013 and was completed in 2016. The final buildout of California Marketplace is comprised of 36,848 square feet supermarket, 44,603 square feet of retail and commercial space, and a parking facility. The key financing component of the project was a $27 million senior construction EB-5 loan which was structured and administered by A&J.

The 54 EB-5 investors who invested in the NCE were responsible for creating 592 new jobs, a key component of the EB-5 Program. The jobs were generated from both construction and operational activities of California Marketplace. The NCE is in the final phase of fulfilling its requirements of returning capital to those investors who have met their immigration objectives.

“There is no greater pride and accomplishment for us here at A&J to oversee this project from its infancy all the way to its operational phase, resulting in the creation of new American jobs, while at the same time satisfying EB-5 investor objectives of obtaining permanent green cards and recovering capital invested. This is exactly what the EB-5 investors, the development team, and the community bargained for from the outset,” said H. Harry Aharonian, Vice President at A&J Capital.

A&J currently administers a number of NCE’s that have EB-5 invested capital in EB-5 qualifying real estate development projects across the United States, including in California, Florida, Louisiana and Texas. These projects at their respective completions are set to create over 15,000 new jobs for the US workforce and revitalize the communities in which they are located.