SAN FRANCISCO, Calif. /California Newswire/ — “SLOW DOWN AND BREATHE!” “Have you considered a gluten free diet?” “You are such an inspiration! If I were you I wouldn’t talk at all.” These are comments San Francisco’s Only Female Stuttering Comedian, Nina G has encountered. Nina handles hecklers like a pro on stage, but once the show is over, she still has to endure disparaging comments about how she talks. 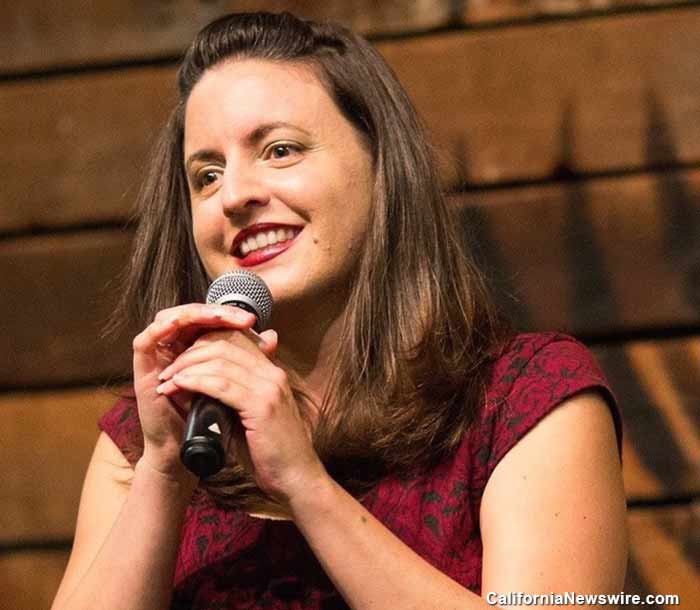 Nina G shares her experiences as a stuttering comedian in her new show and forthcoming memoir: “Stutterer Interrupted: The Making of A Stuttering Stand Up Comedian.”

From presumptuous strangers completing her sentences for her to rudely being asked if she’s forgotten her own name to well-meaning but unwanted advice, Nina G confronts these indignities. Each show is unique as Nina G shares a different story: from her dream of becoming a comedian to finding a girl BFF who also stutters.

For this stuttering comedian, she let her dream of stand-up comedy die because she thought she had to be fluent. Through challenging her own attitudes about what it means to stutter, she was able to reawaken this dream.

For more information on tickets for Solo Sundays go to:
http://www.solosundays.com

Nina G plans on bringing her one person show across the country in 2018 and plans to release a book by the same title. For updated information about the book to be released next year, go to www.StuttererInterrupted.com.

– Nina G was the only woman who stuttered in the stand up comedy world when she started eight years ago. Now there are a few other women who stutter venturing on stage to tell their stories and make people laugh.

– Nina G wrote the children’s book Once Upon An Accommodation: A Book About Learning Disabilities which helps both children and adults understand how to advocate for needed school-related accommodations. The book is inspired from her own childhood experience of having learning disabilities, stuttering, and being denied accommodations in her own education.

Nina G tours the country doing stand-up comedy, her one person show, and as a conference keynote speaker.

For more information and to book interviews, visit www.NinaGcomedian.com.

Editorial Note: news item based on press release as provided by Nina G, and was not created by CaliforniaNewswire.com