SACRAMENTO, Calif. /California Newswire/ — Calif. Speaker Anthony Rendon (D-Paramount) joined Assembly colleagues today to introduce House Resolution 52 to mark National Gun Violence Awareness Day on June 2, 2016. “None of us are immune from the tragedies that guns deliver every day in communities throughout our state,” Speaker Rendon said. “We as policymakers have a responsibility to not only raise awareness, but also pursue legislation that directly addresses the devastating consequences of gun violence. 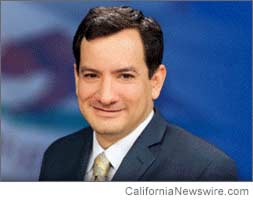 National Gun Violence Awareness Day started in 2015 on what would have been the 18th birthday of Hadiya Pendleton, a high school student from Chicago who was shot and killed in 2013 just one week after performing at President Barack Obama’s second inauguration.

“An epidemic of gun violence has cost too many Californians their lives and jeopardized public safety for too long,” Attorney General Kamala Harris said. “As California’s chief law enforcement officer, I see the urgent need to pass sensible gun safety legislation that aims to keep our streets and communities safe. This is why I am working with members of our legislature to pursue these common sense policies.”

In addition to representatives from the Department of Justice and Brady Campaign to Prevent Gun Violence, Speaker Rendon was joined by Assembly colleagues with pending gun safety legislation:

“I am tired of visiting classrooms and watching as all of the students raise their hands when asked if they know someone who has been shot. Gun violence is tearing apart our communities and traumatizing entire generations. After the preventable tragedies in Sandy Hook and San Bernardino, the overwhelming majority of our country demanded action but Congress did nothing. With this package of bills, California is taking action to protect our kids.”

“Mass shootings are an epidemic in our state and California must act to reduce gun violence. Communities shouldn’t have to settle for a new reality where we all must be prepared for a shooting to occur at any moment. Allowing guns that are essentially assault weapons to permeate our state costs lives, so we must act now to close these loopholes and strengthen our assault weapons ban.”

“In just the past year I have had to stand on the Assembly Floor too many times and adjourn in memory of someone from my district who died as a result of senseless gun violence. That is why I am proud to join Speaker Rendon in authoring House Resolution 52 to recognize June 2 as National Gun Violence Awareness Day and why I have authored Assembly Bill 1673, which will allow law enforcement to better track homemade and sometimes illegally made firearms. By doing our part to ensure that we reduce the number of people who illegally gain access to firearms, we bring the state one step further to improved public safety for all.”

“Justice John Paul Stevens, a Gerald Ford United States Supreme Court Appointee, once said, ‘It is those legislators, rather than judges, who should make the decisions that will determine what kinds of firearms should be available to private citizens, and when and how they may be used.’ In that spirit, as Chair of the Assembly Public Safety Committee, I am proud to stand behind my colleagues who seek to reform the nature of gun policy in California in order to help address the increasing gun violence we experience today. It is my hope that these bills move through the legislative process and are eventually signed into law by our Governor.”

“We raise our children in communities, not war zones. Military assault weapons have no place on our streets and gun violence must not be tolerated. AB 1664 closes a loophole in law that allows military-style assault rifles to be sold legally in California. The gun manufacturers’ development of the bullet button clearly exploits California law and allows dangerous weapons on our streets.”

“There are over 300 million guns in the United States. That’s more than one gun for every man, woman, and child. Every single day, in my district alone, incidents occur that involve gun violence – incidents that end lives and shred families. As a father, these facts are terrifying. As a legislator, I am in a position to do something about it.”

“Mass shootings have become routine, almost daily occurrences across the country. No part of life is spared – our movie theaters, our childrens’ schools, our places of worship, and our workplaces. We don’t need more tragic inspiration. We just need life-saving solutions.”