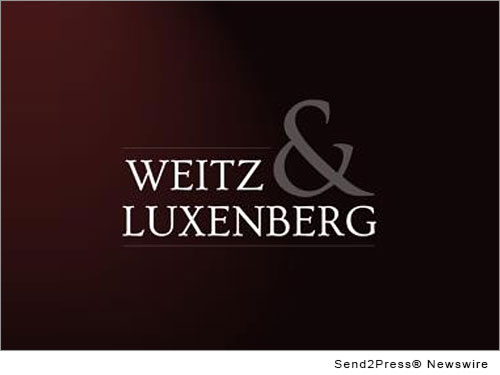 LOS ANGELES, Calif. /California Newswire/ — Weitz & Luxenberg P.C., today announced it is investigating claims from members of the fishing industry, property owners and others harmed by an oil spill that began Tuesday and blighted the shoreline just north of Santa Barbara, Calif.

California Gov. Jerry Brown declared a state of emergency in response to the oil spill.

NBC News reported the spill dumped about 105,000 gallons from a break in a 2-foot-diameter pipeline that runs through the northern part of Santa Barbara County.

Oil from the pipeline rupture flowed to the beach where it then entered the water and created 9-miles of oil slick in the ocean, affecting 4 miles of beach, CNN said.

According to news reports, popular beaches and campgrounds in the affected area were ordered evacuated, and officials said that some beaches would be closed for Memorial Day weekend.

"California's coastal region is home to a rich and diverse habitat and is a vital part of the state's economy because of the variety of businesses supported by those Pacific waters – chief among them fishing and tourism," explained Robin Greenwald, who heads Weitz & Luxenberg's Environmental, Toxic Tort & Consumer Protection Unit.

"Memorial Day weekend is typically a three-day period when local businesses expect some of their biggest economic gains of the year," she indicated. "Because of the oil spill, those gains may not materialize this year."

"The full extent of the spill is yet to be determined, but fishermen and coastal property owners will likely suffer economic harm, too, by this spill," Greenwald added.

Greenwald said Weitz & Luxenberg is no stranger to aiding businesses and property owners who suffer economic harms from oil spills.

Beginning in 2010, the law firm represented fishermen, businesses and individuals who suffered losses after the oil giant BP's offshore drilling rig exploded, spewing millions of gallons of crude oil into the Gulf of Mexico, she said.

Weitz & Luxenberg, joined by other law firms, convinced BP to enter a massive financial settlement. The settlement compensated hundreds of thousands of fishermen, businesses and individuals whose livelihoods and/or property were damaged in the course of the spill, said Greenwald, a key player in the settlement negotiations.

Money May Be Owed to Santa Barbara Oil Spill Victims:

The flow of oil from the burst pipeline eventually was stopped, the Coast Guard said.

However, the news media raised the possibility that the pipeline owner – Houston-based Plains All American Pipeline – may have allowed the leak to continue for hours before shutting off the flow.

Weitz & Luxenberg said that under California law, the pipeline owner had a duty to exercise reasonable care in preventing this kind of disaster from occurring.

"The company created an unacceptable risk of economic harm to innocent people and businesses," said Greenwald.

Santa Barbara oil-spill victims who contact Weitz & Luxenberg are eligible for a no-cost, no-obligation evaluation of their legal rights against the oil company

To obtain the free consultation, oil-spill victims can reach the law firm toll-free at (800) 476-6070 or online at www.weitzlux.com, Greenwald said.

Weitz & Luxenberg P.C. is among the nation's leading and most readily recognized personal injury and consumer protection law firms. Weitz & Luxenberg's numerous litigation areas include: mesothelioma, defective medicine and devices, environmental pollutants, products liability, consumer protection, accidents, personal injury, and medical malpractice. Victims of consumer fraud are invited to rely on Weitz & Luxenberg's more than 25 years of experience handling such cases. You can contact the firm's Client Relations department at 800-476-6070 or at clientrelations@weitzlux.com.