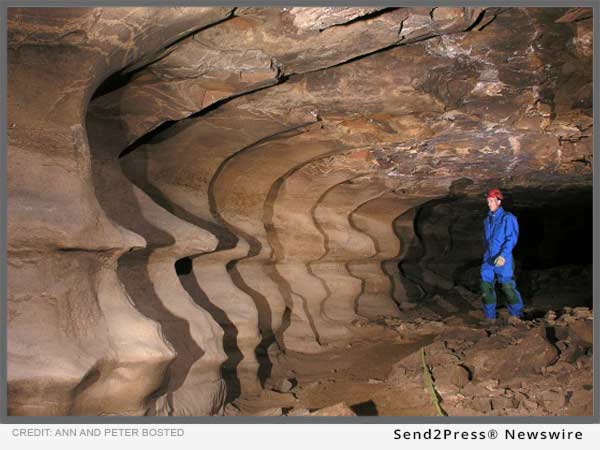 CHATTANOOGA, Tenn., Apr 21, 2017 (SEND2PRESS NEWSWIRE) — Southeastern Cave Conservancy, Inc. (SCCi) announced today the purchase of the Daleo Entrance to the Roppel section of Mammoth Cave, the longest cave system in the world. The land surrounding the entrance, now named the Elroy and Marilyn Daleo Cave Preserve, is one mile east of Mammoth Cave National Park and protects 88 acres of classic karst on the Mammoth Cave Plateau.

The Daleo Entrance is now the only entrance to the Mammoth Cave system outside the national park owned by a conservation organization.

The preserve includes a number of caves, most notably the Daleo Entrance to the Roppel section of Mammoth Cave. The Daleo entrance is a significant portal into much of the cave system, and its acquisition is important in the overall goal of protecting the unique resources of the longest cave on earth.

“With this acquisition, SCCi continues its mission of protecting significant caves in the southeast United States,” said SCCi Board Chair, Brian Krebs. “Now, the Daleo Entrance to the Roppel section of Mammoth Cave will be protected forever and accessible for recreational caving and scientific exploration. It is with great pride we announce this purchase and look forward to working with the broader cave conservation community of Kentucky.”

SCCi would like to recognize the National Speleological Society (NSS) for its gift of $5,000 toward the purchase of the Elroy and Marilyn Daleo Cave Preserve. The NSS is a non-profit organization dedicated to the exploration, study, and protection of caves and their environments, and foster fellowship among cavers.

Those interested in supporting the Elroy and Marilyn Daleo Cave Preserve acquisition and stewardship, can do so here: http://scci.org/daleo.

SCCi currently protects 171 caves on 31 preserves in 6 states. Founded in 1991, SCCi is the world’s largest land conservancy dedicated solely to cave conservation. SCCi conserves some of the Southeast’s most significant wild caves, while protecting the habitat of many endangered animals, preserving historic artifacts, and providing some of the country’s best recreational caving anywhere. Southeastern Cave Conservancy is a 501(c)(3) non-profit organization.

This press release was issued on behalf of the news source, who is solely responsible for its accuracy, by Send2Press Newswire. To view the original story, visit: https://www.send2press.com/wire/southeastern-cave-conservancy-inc-purchases-the-daleo-entrance-to-mammoth-cave/