SAN FRANCISCO, Calif. /California Newswire/ — Last weekend, Shincheonji Church of Jesus (SCJ) hosted a virtual “Shincheonji Americas Press Conference” as a response to the growing interest of pastors and religious communities regarding their recently successful seminars. For the past few months, Shincheonji Church has produced Bible seminars surrounding the book of Revelation titled, “The Testimony on the Prophecy and Fulfillment of Revelation.” Over 100 media representatives from 27 countries participated in the conference, including participants from the San Francisco Bay Area. 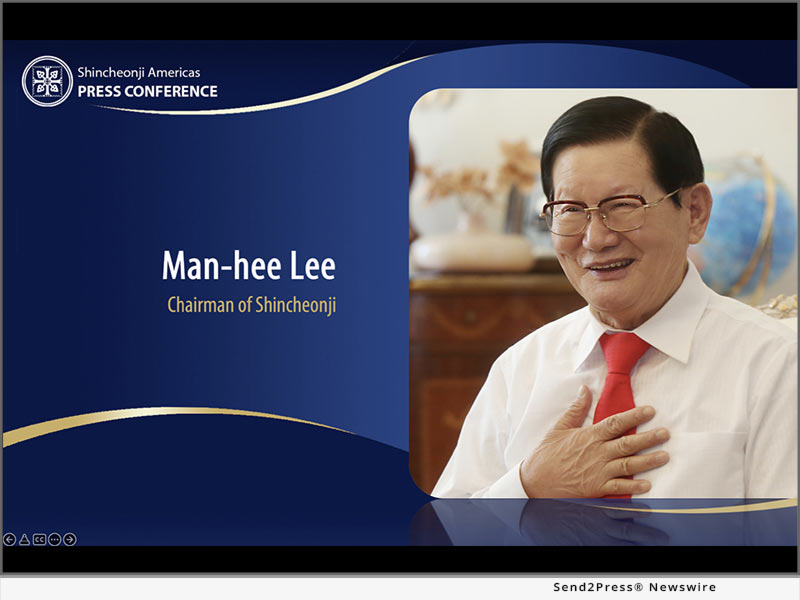 From October 28 to December 27 of the previous year, Shincheonji Church hosted a free 10-week online Bible seminar series that piqued the interest of over 6 million viewers worldwide. As a result, over 700 churches and pastors voiced their intent to collaborate with Shincheonji in learning and sharing the scriptures.

The press conference, which streamed live on Shincheonji Church’s YouTube channel, included words from pastors who had attended the Revelation seminar series. Media personnel were also given the opportunity to participate in a Q&A session with Shincheonji’s Chairman Man Hee Lee. Chairman Lee has devoted almost 40 years to provide free Bible education to the religious community around the world.

Chairman Lee expressed that the book of Revelation is recorded in figurative language and parables, making the scripture difficult to interpret for some. Because of this, the free 24 lecture seminar series called “The Parables of the Secrets of Heaven and the Testimony of the Fulfillment” is available to explain the parabolic language found within the Bible. This series can be found through YouTube to make it easily accessible to all.

The ongoing seminar series will continue to be broadcasted 24 different languages via Shincheonji Church’s official YouTube channel, supporting diverse communities like the Bay Area in providing anyone with the opportunity to learn.

“The 1,200 pastors who signed an MOU regarding Bible education will be listening to this seminar series,” a Shincheonji representative stated. “Every believer of God should understand these words – we ask all of the Christians around the world, including pastors, to pay closer attention.”

Learn more about SCJ at: http://en.shincheonji.kr/

Denver-Based Plastic Surgeon and Founder of BEAUTY by BUFORD Presents ‘The Boob Job Bible: Your Ultimate Guide to Breast Surgery’