LOS ANGELES, Calif. /California Newswire/ — On Monday, the U.S. Supreme Court heard oral argument on President Obama’s deferred action initiatives, DAPA and expanded DACA. The Supreme Court will be making a decision on the future of the immigration initiatives by June 30, 2016. Texas and the plaintiff states in the lawsuit against the deferred action programs have more than 2.6 million U.S. citizens living with a DAPA-eligible family member. 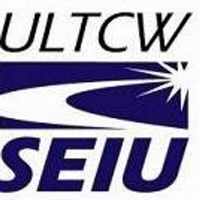 “Today, SEIU Local 2015 stands with millions of American families in support of the president’s executive action on immigration.

Blocking DAPA and the expansion of DACA would only serve to perpetuate the politics of hate that has taken over the narrative this election cycle. Ensuring the implementation of these executive actions is not a matter of politics, for our community members it is a matter that will ensure that their mother or father, son or daughter has the opportunity to be in this country without the constant fear of deportation. We must not betray the values of compassion and justice that our nation stands for.

A ruling against these executive actions on immigration doesn’t just impact immigrant families, it impacts ALL families. It’s time that our country sets the standard high on protecting and supporting human lives and families who have contributed, and continue to contribute, to this great nation.

Given Congress’ inability to pass immigration reform, eliminating the block on DAPA and expanded DACA is the Supreme Court’s chance to promote justice and overcome the politics of hate that has pervaded political dialogue and ensure our country gets back to the basics of what we stand for – liberty and justice for all.”