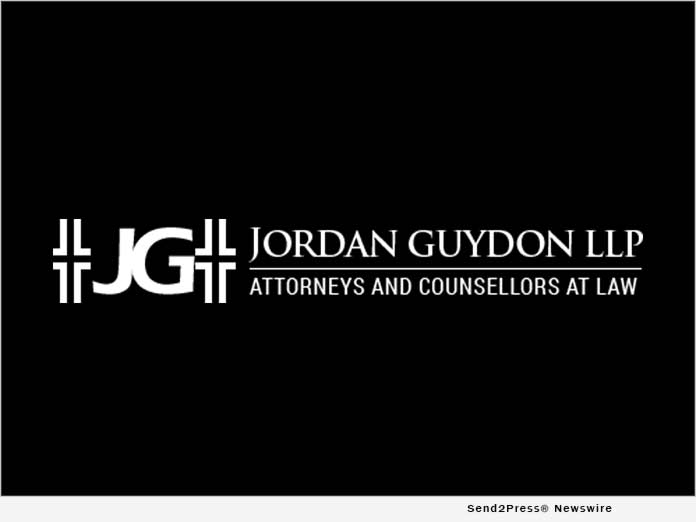 Cooley notes, “Waiting for Servicemembers to be attacked before acting is not an option, as it would be unreasonable for the military to process ‘red-tape’ when ‘vulnerable or marginalized’ women and some other Servicemembers are under assault by lascivious superiors and co-workers in a culture of violence.”

Cooley continues, “Thus, if a Servicemember is so pressured and the military’s bureaucracy is unresponsive, the Service BCMR Equity Panel acts on behalf of the Secretary concerned as a ‘safety valve,’ upon contact by the victim; and prevents imminent harm such as by changing the records of Servicemembers to reflect reassignment and direct immediate compliance with that order, within 24-hours.”

Cooley and Jordan recommend BCMR Equity Panels apply the standards and spirit of relevant laws and policies, including President Biden’s Executive Order on Advancing Racial Equity and Support for Underserved Communities Through the Federal Government (January 20, 2021), and advance equity for all, including and especially the historically underserved and marginalized by or as follows:

* Designation by each Service of a BCMR Panel for Gender, Racial and Cultural Equity Issues (GRACE Panel), consisting of civilian legal, human relations, and other personnel appropriate for such duty, with the responsibility to ensure their decisions promote orderly personnel management.

* Elimination of preordained caps on the number of BCMR Board members, and appointment of globally based qualified members in accordance with the needs of Servicemembers, complexity of cases, and other considerations. The Equity Panel membership should be diverse and include members from the Senior Executive Service (SES). Appointments may be involuntary, temporary, extra-duty, part-time, full-time, voluntary or otherwise, at the direction or approval of the Secretary concerned.

* Exercise broad authority to act on behalf of the Service Secretary, including transferring Applicants out of harm’s way temporarily or permanently to prevent apparent, threshold, imminent or actual mental, physical or career injury, when it is determined DOD and Service protective procedures are inadequate. The Equity Panel’s jurisdiction includes acts pertaining to an Applicant’s superiors, colleagues, installation, or off-post sites reasonably related to the military.

* Report incidents to the Office of the Assistant Secretary (Manpower and Reserve Affairs) concerned for any appropriate disposition, consistent with existing laws.

* Consistent with the legislative history of the BCMR Statute, Board members shall personally review case materials, and decide each case through the exercise of independent and fair judgment based on a sound application of the legal, broadest equitable and remedial standards in a timely manner. Board members will not delegate decisional authority, in fact or appearance, to staff. Staff may conduct research, prepare administrative orders or draft Board decisions upon receiving explicit direction in writing from the chair of the panel or Board president or vice president. Staff, however, may not participate in the Board’s adjudicational process regarding petitions.

* All commands shall cooperate with BCMR Equity Panels.

* This directive does not impact any Presidential, Congressional, judicial, DOD, Military Department or any other action that modifies/alters or declines to modify/alter case disposition under the UCMJ.

Jordan explains, “In 1945, as 16-million Servicemembers demobilized upon the end of WWII, a public angry over the military’s mistreatment of many Servicemembers during the war demanded an immediate remedy from Congress, the sole body correcting military records since 1789.” Jordan observes further, “In response, Congress materially changed the military records process to respond to public demands, and avoid potentially large numbers of post-WWII requests for correction of military records from clogging Congress’ legislative focus on a possible WWIII with atomic implications and the restoration of the world economy.” Thus, Cooley notes, “Congress delegated its authority to correct military records under the constitutional War Powers provision to Service Secretaries through newly established BCMRs, vesting in them more equitable power possessed by the U.S Supreme Court and federal courts, including the amazing ability to change facts in the record upon which to compel legal relief.”

Commenting further, Jordan observes, “The touchstone of the BCMR process, however, is civilian employees appointed by their Service Secretaries exercise objective and independent review over personnel decisions by the military.” Jordan observes, however, that, “By 1996, management consultant Booz Allen Hamilton’s independent study advised DOD and Congress that the ABCMR functioned with a ‘lack of independence’ and an appearance as a mere ‘rubber stamp’ of the actual decisions by the staff.”

Jordan states, “The ABCMR’s failure of independent judgment was confirmed in 2016 by Attorney Sara Dareshori, then Human Rights Watch’s Senior Counsel, who stamped the ABCMR with the momentous characterization as a nonresponsive ‘graveyard’ for marginalized female Servicemembers seeking vindication of their rights regarding sexual assault and retaliatory discharge through a process in which the ABCMR routinely and erroneously rejected their petitions in a mere 4 to 5-minute span without adequate review of the case materials.”

Cooley further observes, “In 2018, the Deputy Assistant Secretary of the Army for Review Boards (DASA) informed the Military Personnel Subcommittee of Congress’ House Armed Services Committee (HASC) the ABCMR had a history of adjudicating many cases by focusing on eliminating its high case backlog in the thousands [nearly 14,000 at the time] at the expense of doing justice for Servicemembers petitioning for relief.” Additionally, the DASA represented the ABCMR would correct its course; however, Cooley and Jordan who “do not question the DASA’s good-faith, but question the time it will take to reverse that extensive institutional damage tantamount to the loss of decisional integrity.”

This press release was issued on behalf of the news source, who is solely responsible for its accuracy, by Send2Press Newswire. To view the original story, visit: https://www.send2press.com/wire/secdef-urged-to-protect-troops-from-sexual-assault-through-equity-boards/