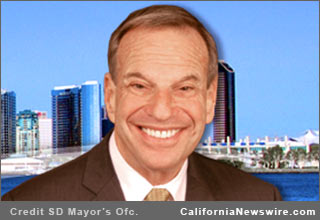 SAN DIEGO, Calif. /California Newswire/ — This week, San Diego Mayor Bob Filner’s proposal to “ensure that construction workers get paid a fair wage when working for contractors employed by the City,” won City Council approval. In a vote of 5-4, City Councilmembers agreed that workers should be paid a prevailing wage.

The prevailing wage is defined as the most commonly paid wage for a particular type of work in San Diego County.

“This decision to pay a fair, livable wage to the hard working men and women in the construction business is long overdue,” said Mayor Filner. “I applaud the City Councilmembers who stood up to do the right thing and voted in favor of the Prevailing Wage Ordinance.”

Members of several construction trade organizations packed Council chambers on Tuesday in support of the ordinance.

The Mayor introduced this ordinance in April of this year. It will go into effect in January 2014.