GHENT, N.Y. — The Nature Institute has unveiled a new website designed to set the public debate about genetic engineering upon a more accessible scientific foundation. Distilling a voluminous technical literature, the website gathers together — often in the researchers’ own words — information about both the intended and unintended consequences of transgenic experiments. The emerging picture tells a dramatic story; one that has scarcely begun to inform the public conversation to date.

The website, http://nontarget.org, is part of The Nature Institute’s ongoing project on “The Nontarget Effects of Genetic Manipulation.”

Research reports from the mainstream technical literature may change the tenor of the public conversation about biotechnology. 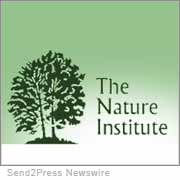 Nontarget effects have proven both extensive and unpredictable. The evidence for their occurrence, while mostly buried in the technical literature, is not disputable or even particularly controversial. It’s simply not widely known. Once it is known, the frequently heard claim that genetic manipulation of organisms is a “precise science” without dramatic risks will either be voiced no more or will be recognized as dishonest.

As project director, Craig Holdrege, describes, “If you manipulate one or more genes in an organism using the techniques of biotechnology, the so-called side-effects — which are not side-effects at all, but include direct responses by the organism to the invasive actions of the engineer — can occur anywhere and everywhere in the organism. They are not predictable, are little understood, and have mostly unknown consequences for health and the environment. The intended result may or may not be achieved in any given case, but the one almost sure thing is that unintended results — nontarget effects — will be achieved.”

Holdrege, whose most recent book, “Beyond Biotechnology,” deals with the practical and philosophical implications of genetic engineering, maintains that a great deal of the discussion of genetic engineering practices can become calmer and more focused once the basic facts revealed by the extensive research to date are more widely known.