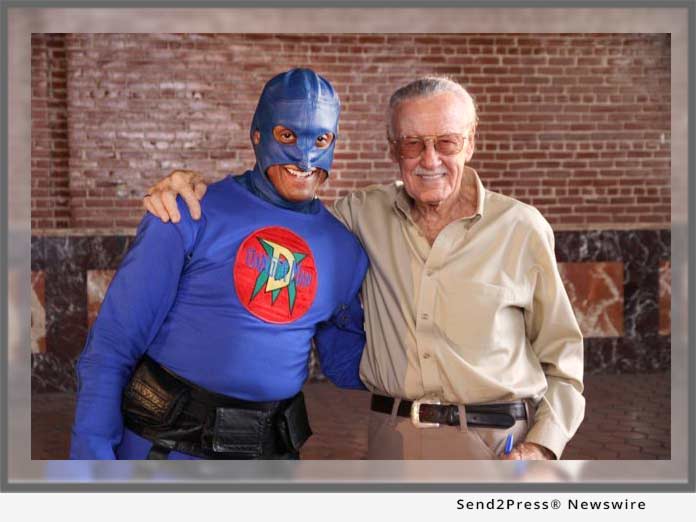 He will also invite attendees to tribute the twelve victims murdered at the Border Line Bar & Grill in Thousand Oaks, Calif. and the people who lost their lives and homes in the California wildfires, as well as the first responders, with a candlelight moment of silence.

Produced by actor, mentor and philanthropist Roger I. Tinsley, the founder of the DangerMan Urban Superhero brand and CEO/President of the DangerMan Education Foundation, Inc., a non-profit 501(c)(3) organization, the gala will recognize eight community activists as “DangerMan Heroes” and present California State Senators Holly J. Mitchell and Steven Bradford with the DangerMan “Hero Award for Humanity.”

Red carpet and VIP reception will start at 6 p.m. CAAM is located at 600 State Drive in Los Angeles. Tickets are available at http://dangermanheroawards.com/tickets/ .

This year’s DangerMan Hero Awards host, Melvin Jackson Jr., returns for a third year. Jackson is an Emmy nominated actor/producer from “This Eddie Murphy Role, is Mine and Not Yours,” HBO’s “The Wire” and BET’s “The New Edition Story.” Jackson will be honored with the “2018 DangerMan Hero Award for Creative Arts.”

“Can one man make a difference?” asks Tinsley. “We believe one person can. That’s why in 2016 the DangerMan Hero Awards program was created. This unique show celebrates and honors the ordinary, everyday men, women and children who help make life better for others in the state of California. DangerMan fights for real issues that affect real people.”

All the recipients will receive special awards, cash and other gifts presented through the DangerMan Education Foundation, Inc. The top recipient is chosen as the DangerMan Hero of the Year and receives an additional cash prize to continue his/her work.

Roger Tinsley first introduced DangerMan to America in 1998 after being emotionally impacted by the death of a four-year-old. The toddler was tragically killed on her birthday by a stray bullet from gang-related gun fire. Tinsley felt compelled to create a real-life super hero who could serve as a role model for school age children in underserved communities while addressing issues that specifically affected them. Using his own money and resources he created DangerMan, the Urban Super Hero.

As a ‘real life’ urban superhero, DangerMan is an advocate for children’s rights promoting literacy, safety and good health. He wages against bullying and also fights human trafficking. DangerMan visits schools and community events encouraging his audience with a motto of “No gangs, guns, drugs, alcohol or tobacco.” He has traveled throughout America and Haiti, empowering children to live their best life. Tinsley credits Marvel comic book legend Stan Lee for a great portion of his inspiration and success. He achieved a career highlight when Lee met and personally congratulated DangerMan on his superhero feats of worldwide motivation.

This 20th anniversary of the DangerMan Superhero brand has been very productive, first with the release of DangerMan’s debut song and the production of DangerMan’s second action film “DangerMan Returns.”