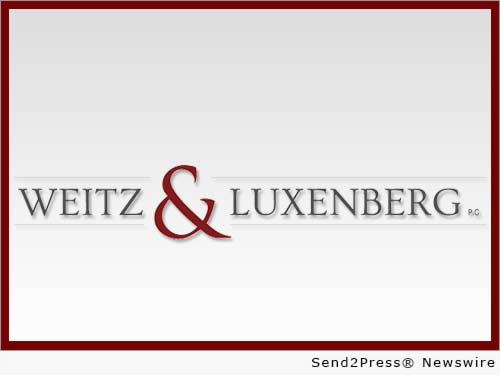 LOS ANGELES, Calif. /California Newswire/ — A standing-room-only crowd of more than 2,200 affected residents gathered Wednesday night Dec. 9 in Porter Ranch, Calif. They were there to listen to environmental activist Erin Brockovich, scientists and attorneys from Weitz & Luxenberg discuss their legal options against Southern California Gas Co. due to a leak from the natural gas storage well in the hills above their homes, the law firm today announced.

The people who attended the meeting voiced concerns about their health, the health of their children, and the numerous economic losses due to the harmful leak. In addition to the rotten-egg smell, residents are suffering ongoing and debilitating health issues and loss of quality of life.

The consultations will also help those who decide to sue the utility prepare for the next steps in their quest for justice, the firm added.

Brockovich and the attorneys shared with attendees the latest news about the gas leak. The leak is coming from an 8,500-foot-deep storage well that can hold 86 billion cubic yards of the methane-rich fuel, Weitz & Luxenberg noted.

Southern California Gas Co. has indicated that it could be three to four months yet before the leak is stopped, according to various news reports. It has been leaking since at least late October.

Porter Ranch residents have complained of health problems affecting them, but especially their children, said Robin. L. Greenwald, who heads Weitz & Luxenberg's Environmental, Toxic Tort & Consumer Protection litigation unit. They have begged for a new location for their children's school, so that their children can stay with their teachers and friends, without jeopardizing their health on a daily basis.

"In particular there have been reports of constant nosebleeds, with children affected most of all," she said. "Taken together, these problems are causing children to miss school – and causing parents to miss work by having to stay home to take care of their sick children."

A sizable number of Porter Ranch families have abandoned their homes to avoid further health consequences and because of the intolerable odor of the gas, Greenwald indicated. Many more want replacement housing, but the gas company either offers them housing that is inadequate for their needs, such as a one-room hotel for a family of 5, forcing them to leave their pets behind, or denies their request because their housing needs are too expensive. Add to this insult that it is holiday time, when children and families typically gather at their homes with family and neighbors and now can't.

By the time the townhall meeting convened, approximately 1,150 families had relocated. More than 2,500 other families were still awaiting relocation, according to news reports.

Townhall attendees heard from Brockovich and from Weitz & Luxenberg attorneys about using the legal system to seek monetary damages for their injuries and hardships, the firm said. The residents also deserve a medical monitoring regime, paid for by the gas company, to measure their health over the coming years and a monthly stipend from the company to help with the additional costs they are incurring from the gas leak.

Brockovich and the attorneys also discussed the possibility of obtaining a court order that would alleviate some of the immediate issues residents currently face, the law firm said, such as a safe location for the schools and adequate alternative housing until the leak is stopped.

There have been some positive signs on at least one front since the meeting. The school board has developed a survey for all parents to take, asking whether they want the district to relocate the schools until the leak is capped.

Parents have until 5 p.m. on December 11, 2015 to respond to the survey. Based on the participants at the Wednesday night meeting, the parents will overwhelmingly vote "yes" to relocating the schools for their children's safety and well being.

Weitz & Luxenberg P.C. is among the nation's leading and most readily recognized personal injury and consumer protection law firms. Weitz & Luxenberg's numerous litigation areas include: mesothelioma, defective medicine and devices, environmental pollutants, products liability, consumer protection, accidents, personal injury, and medical malpractice. Victims are invited to rely on Weitz & Luxenberg's more than 25 years of experience handling such cases. You can contact the firm's Client Relations department at 800-476-6070 or at info@weitzlux.com.