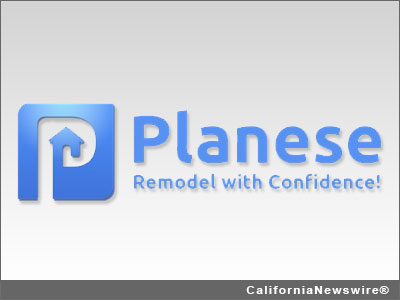 SUNNYVALE, Calif. /California Newswire/ — Planese, Inc. has announced its Northern California findings from its Fall 2013 "U.S. Remodeling Sentiment Report." This release will coincide with the 3-day Home and Garden Show at the Santa Clara Convention Center that starts on Sept. 13. This forward-looking report, based on data from Planese's survey of 2,000 homeowners nationwide, has documented trends in the home improvement industry since 2005.

Since 2005, Fritschen has researched and published remodeling industry data about U.S. homeowners, their remodeling plans and intentions. "It's the people who feel secure at the end of the recession who are the first to remodel."

Planese compared the most recent responses from Northern California homeowners with the responses given during the recession in 2010 and at the height of the remodeling boom in 2007. 39 percent of homeowners today report that they are excited about starting their remodeling project which is up significantly from the low of 28 percent in 2010, but still below the high of 46 percent in 2007.

Planese will unveil at the Santa Clara show a new home remodeling app for iPhones that helps homeowners plan their remodeling projects from start to finish. Home and Garden Show attendees can download the app for free. The Planese app features an instant Remodeling Budget Calculator and an IdeaFile for searching, saving and sharing design ideas and photos.

Planese creates a collaborative environment within the remodeling industry, empowering customers with the information they need to make informed decisions. More information: http://planese.com/ .