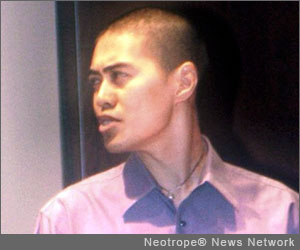 "This theatre is one of the largest and most sought-after theatre venues in Los Angeles and I am thrilled to perform this show about humanity in the City of Angels," Huynh says.

"USC Dropout" has a clear message: education is a lifelong endeavor, not just a degree. And, despite the show's title, Huynh completely supports higher education; he merely views it as a slice of education – not the whole pie.

This solo show is written, produced and performed by Huynh and combines comedy, drama and dance. It focuses on the myriad of paths that life provides.

"Where those paths lead, and which paths are taken are left to the individual; that's the beauty of life," Huynh says. "The theme and profundity of 'USC Dropout' will relate to all walks of life – anyone who is interested in social issues."

The warehouse-like space provided at the Elephant Stages' Lillian Theater includes a 20-foot, wood-beamed ceiling; and beautifully exposed brick walls – the ideal venue for Huynh to demonstrate his rich talents.

"My life changed forever when I moved to Los Angeles, and I thank USC for the seamless transition. The vast array of assorted characters allowed me to thrive and discover my rhythm – spiritually and creatively," he says.

Tickets to the show are $10 at the door and may also be purchased at a discounted rate on the website: http://www.mokyartistry.com/ .

Huynh was born in Vietnam. He moved to the United States with his family when he was six-months old. Raised in Seattle, he relocated to California where he attended USC. While there, he studied filmmaking, but his passion for live performance could not be quelled. Solo artists such as Bill Cosby, Richard Pryor, George Carlin and Whoopi Goldberg all inspired him. As a result, once he learned the basics of filmmaking, he left school to pursue live performance and filmmaking.

With only one semester left to complete, his drive to perform in the "real world," was just too strong. "USC Dropout" is a result of this passion. He has performed in Seattle and San Francisco; this will be his debut performance in Los Angeles.