CERRITOS, Calif. /California Newswire/ — A new “Theory of Everything” is being presented by the Pantheory Research Organization. This theory combines Quantum Mechanics (QM), the theory of the smallest particles, with General Relativity (GR), the theory of gravity and the world of the large, in a theoretical construct which they assert is without contradiction. This is their latest version of the theory that relates to problems in the forefront of modern physics as of the fall of 2021. 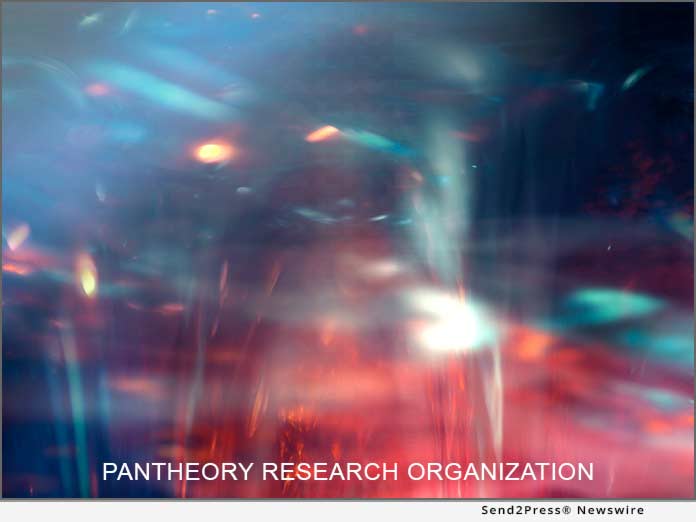 The most well-known attempt at such a theory was called String Theory, first developed in the late 1960’s. It was a mathematical approach that proposed the existence of many dimensions beyond the three dimensions that we know of, plus time. The problem with this theory was that after more than three decades of theory development, no new predictions were ever acknowledged based upon the theory. Many now consider String Theory as “fringe physics,” no longer a part of mainstream physics. One might note that there have been a great many Theory-of-Everything(s) proposed, but almost all of them have been solely mathematical approaches.

This Theory of Everything is based on a very unusual approach to such a theory in that the theory asserts and explains why major aspects of “modern physics,” including quantum theory and General Relativity, contain conceptual and other errors. “Modern physics” relates to theories of physics that began development in the early 20th century, Quantum Mechanics and Einstein’s theories of relativity being prime examples.

Although Quantum Mechanics is the best statistical and mathematical system available for making predictions in the quantum realm (smallest observable particles), there is no consensus version of it which logically explains quantum behavior — simply that logic is the all-important missing ingredient of Quantum Mechanics, according to this Theory of Everything.

General Relativity (Einstein’s theory of gravity) also has its own limitations according to this proposal. This theory proposes what it describes as a much simpler theory concerning the worlds of the big and small combined. According to this theory the Zero Point Fiend (ZPF) dominates both the quantum realm and overwhelms gravity at the largest scales of the universe via background field flow.

Some of the new and contrary assertions of this theory are:

* Light is a wave and only becomes a particle (photon) upon its interference or detection by instrumentation.

* A cosmological constant does not exist.

* The highly regarded Hubble distance formula is wrong, an alternative formula is presented.

* Dark Energy does not exist for reasons presented. Alternative equations are presented.

* Dark Matter does not exist as a major part of the universe, if at all. Alternative equations are presented.

* The “Inflation” hypothesis is wrong; asserting there was never was such an event.

* Einstein’s gravity is only a minor factor in determining the structure and form of the observable universe. New equations are presented.

Some of the predictions of this Theory are:

* The Zero Point Field will be realized as controlling both the worlds of the small and of the large via its short-lived virtual particles and its generally unknown field flow characteristics and forces.

* The speed of light is not constant everywhere in the universe.

* At the farthest distances we will find just as many old appearing galaxies as we can observe near us. This is because these galaxies really are old, and the universe far older than what is presently believed.

* The observable universe is expanding little if at all. The Hubble constant and the Hubble distance equation are simply wrong.

* Many small “hot spots” in the cosmic microwave background will be found by the newest telescopes, which are made up of the most distant observable fully-formed galaxies.

In addition to this online paper of the “Theory of Everything,” on the same link below is another theory by the same author called: “Grand Unified Theory (analogue).” This additional theory explains all of the so-called forces of nature and how they relate to each other, not explained by this T.O.E.

Link to this Theory of Everything: https://papers.pantheory.org/