PALO ALTO, Calif. — “I think it is wonderful that ski areas have been inviting the tribes back to ski and snowboard, which inspired them this winter to share their earth-honoring prayers and snowdances for all U.S. Ski Areas. It would be wise to further explore and expand such cross-fertilization,” said Stanford Climatologist Dr. Stephen Schneider, 2007 Nobel Peace Prize Winner as part of the Intergovernmental Panel for Change Climate (IPCC) team, who has been working with the Native Voices Foundation.

“Because large scale systems affect our complex weather, it is difficult to say which elements affect the precipitation outcome most, so one needs to work with all sides of the street. It would be foolish to dismiss anything that helps in this environmental crisis, especially if it costs almost nothing,” said the former skier. 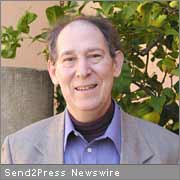 “What combination of practical and spiritual solutions might have contributed to ‘America’s record snow season,’ is not a matter of measurable science, but a matter of belief. Communities like Aspen Valley and this year, Arizona’s Snow Bowl, uniting to give good stewardship, along with group prayer, psychologically serves as a support system that gives the feeling of belonging and hope. So whatever you believe works, go for it,” he advises.

“Last year Stanford’s Woods Institute on the Environment, of which I am a Senior Fellow, launched an environmental exchange starting with the (NZ) Maori and Hawaiian tribes, which has expanded our understanding and way of working in more harmony with Nature,” said the professor. “That is why we are following the National Ski Areas Association’s lead in partnering with American Indian Elders to help ‘Keep Winters Cool,’ thanks to a meeting with a team from Native Voices Foundation (NVF),” he said.

This snow bridge was made possible by the Faraway, Enersen, and Calvert K.Collins Foundations; Tex Hall (ND’s Mandan-Arikara-Hidatsu), former President of the National Congress of American Indians; Ambassador Gilbert Robinson (Ret.); Moose and Ann Taylor; and Send2Press(R) Newswire (www.Send2Press.com), a unit of Neotrope(R).

4DDiG Christmas Hot Sale on Data Solutions for Windows and Mac Users: Up to 70% OFF And 100% Win A Prize