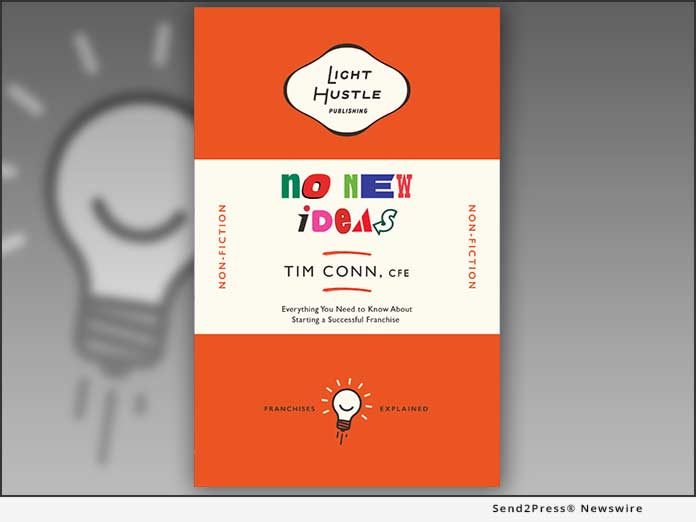 Conn started his first small business at the age of 14, cleaning a small office building that his parents owned. He operated Tidy Tim’s Cleaning Service from 1985-2001 before launching into the wild world of franchises.

In 2011, he and his partner Mike Schuchman founded Image One, a franchised cleaning service company that has revolutionized the industry.

Using his knowledge of nearly two decades in the franchise industry, Conn offers a frank, step-by-step guide to finding the franchise that meets people’s interests, skills, and resources. The book also guides potential franchisees through how to make a franchise succeed.

Designed for those who want to start their own business, be self-employed, or do their own thing, “No New Ideas: Everything You Need to Know About Starting a Successful Franchise” is the go-to book for anyone working on, interested in, or thinking about starting a franchise.

“Honestly, I was initially reticent to publish a book about franchising,” David admits. “What, I wondered, would be the story we’d tell?” After talking to Conn, David realized that together they could create a book that was just as much about Conn’s journey as it was about the practical aspects of franchising.

In the end, the results surprised David. “I found myself wondering if I’d make a good franchise owner,” she says. “I realized it could be just as creative as publishing.”

“No New Ideas: Everything You Need to Know About Starting a Successful Franchise” can be found on Amazon and at franchising expos around the world.

To learn more about the new book, visit: https://timsfranchisebook.com/.

To learn more about the publisher, visit: https://lighthustlepublishing.com/

*PHOTO link for media: Send2Press.com/300dpi/19-0821s2p-nonewideas-300dpi.jpg
*Photo caption: Book jacket for “No New Ideas: Everything You Need to Know About Starting a Successful Franchise” by Tim Conn.

Bituminous Press Publishes New Book, ‘Loud and Sure of Myself’