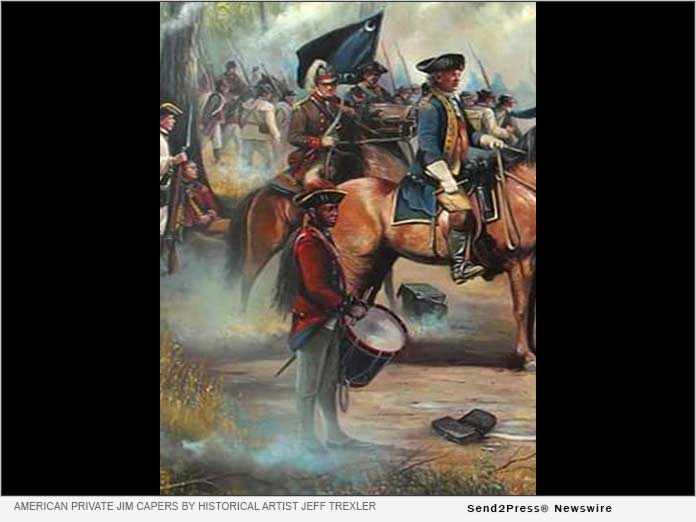 BEAUFORT, S.C., Feb 24, 2021 (SEND2PRESS NEWSWIRE) — According to the Georgia American Revolution Preservation Alliance, if one battlefield archaeologist had his way, the first monument placed on the newly preserved Battle of Beaufort, SC site would not be to the two signers of the Declaration of Independence who also fought there. It would be an almost forgotten private. Not that Daniel Battle feels more than one monument is well deserved at one of South Carolina’s newest sites.

By the end of 1778, most of the serious fighting of the War for American Independence had been predominantly in the northern half of the new United States. That was about to change as British Forces surged a new invasion into the southern states. During the British Southern Winter Campaign 1778-79, Georgia was overrun from both land and sea with forces invading from Florida and Sandy Hook, NJ. This appeared to it be the knock-out punch that might just end the American Rebellion. It was a chaotic moment when citizens and militia volunteers throughout the South were weighing their options and loyalties.

“If the King’s Forces had strategized a forgiveness campaign as some had planned, rather than a war against the citizenry, the outcome of the war may have been much different,” Battle claims. Still, a spark of hope in the American cause was desperately needed at this time. Southerners got that from an unlikely place at Beaufort, SC.

“The British had barely secured Savannah before the wharves had become backed up by wagon loads of loot and plunder being sent back out of port to destinations unknown. British officers were freely enriching themselves shipping off captured slaves and plantation commodities,” Battle explained.

A British expeditionary naval force soon set off with the same designs for the Lowcountry of South Carolina. That navy flotilla left a trail of destruction, marked by plumes of burning residences, as it went up the sea islands toward Beaufort. After landing near town, however, they found an angry American force under the fiery General William Moultrie awaiting them. On February 3, 1779, British Regulars attempted to march into the town but were soundly repulsed. They were beaten by an ethnically diverse American militia. “This little victory helped bolster volunteers to the American Cause at a pivotal time when support was desperately needed for what was coming for South Carolina. The American Cause was on razor thin margins,” Battle explained.

The engagement at Beaufort was the first true land battle of the war in South Carolina and the first victory for the Americans since the southern invasion. One British officer would later recount, with a sneer, the presence of several African Americans within the American ranks. One of these individuals, a free man of color from one of the surrounding islands, was serving as a drummer in the 4th SC Artillery.

“Drummers were critically important in those days because we didn’t have electronic communications like radios to give out battle orders. The beat of drums informed our fighting men of such things as keeping to their post or alerting to new orders during the fighting,” Battle explains. This was the beginning of Beaufort’s Jim Capers distinguishing career. Private Capers would serve in some of the bloodiest battles of the war all the way up to the surrender of British General Cornwallis’ at Yorktown.

“He would have likely had the honor to play his drums as the British stacked their arms and this must have been an incredible experience for Capers,” Battle states.

During the war, his name had become well-recognized throughout the Southern command according to pension applications. One soldier claimed: “While encamped at Jacksonborough near Charleston, I heard that the ‘great Drummer Jim Capers’ under (Francis ‘Swamp Fox’) Marion was wounded at the battle of the Eutaw Springs, South Carolina.”

After the war, Capers applied for the first United States pension. Capers and his wife, who was listed as a slave, were denied benefits. Capers died without the United States ever honoring the debt for his sacrifice of service. A simple gravestone in Alabama reads, “Jim Capers a man of Color and resident in the County of Pike & State of Alabama.”

“Capers was an unwavering American Patriot who deserves recognition. There is a wrong here that should be set symbolically right. Certainly, we cannot even begin to ponder what the dream of freedom must have meant to soldiers like him. Erecting a monument makes an important statement and helps set the record straight. It bridges a gap with those who have often felt little or no connection with this part of our American History,” Battle states.

The Georgia American Revolution Preservation Alliance (GARPA) is a 501(c)(3) nonprofit organization whose sole purpose is to study, research, and promote preservation of American Revolutionary War resources in the southeast region of the United States. Our group is made up of professional archaeologist and other specialist who support a range of projects from publications, scientific research, and visual resources for distribution to the public. Our goal is the identification and preservation of endangered battlefields and forts predominantly related to 18th Century America.

This press release was issued on behalf of the news source, who is solely responsible for its accuracy, by Send2Press Newswire. To view the original story, visit: https://www.send2press.com/wire/monument-to-an-african-american-patriot-drummer-you-bet/