LOS ANGELES, Calif. /California Newswire/ — On March 29, 2017 retail sales at 149 Jersey Mike’s in Southern California will be donated again as part of annual “Day of Giving,” to the non-profit Operation Gratitude in order to send care packages to our U.S. serving military overseas and around the world. 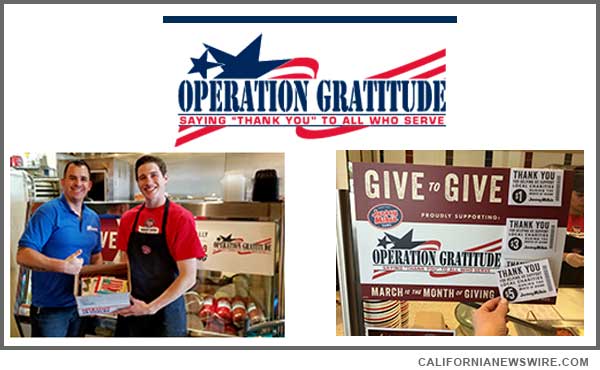 Operation Gratitude has shipped 1,750,076 Care Packages and will celebrate its 2 Millionth Care Package in December 2017.