KIRKLAND, Wash. — James Barclay is living evidence of how vital long term care insurance can be for all employees, not just senior ones. When James joined a major telephone company, he was only 32 and in great shape, climbing mountains and swimming 60 laps a day. His company covered him with a long term care policy, a benefit he thought he would never need until much older.

Less than a year later, a hard-to-detect autoimmune disease surfaced, and he quickly became incapacitated. His LTC insurance benefits kicked in, providing care he could not otherwise have afforded. 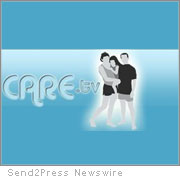 “I’ll be eternally grateful to my employer,” he says. “Without that policy I would not be alive today. It saved my finances and my family’s finances as well as my life.” Now a resident of Flatbush, New York, he’s doing fine. “I can afford the best doctors and the best hospitals,” he says.

He’s not able to climb mountains anymore, but his care has enabled him to scale new professional heights. He’s just started a web service called Care.TV, “your one stop destination for news and views relating to the healthcare industry.” It’s found at http://www.care.tv . Two full-time bloggers now work for him, and he’s on a mission, as he puts it, to help others cope with all kinds of health issues.

“Long term care insurance is an under-appreciated asset to any company,” says Dan Cahn, Senior Vice President of Business Development for LTC Financial Partners, LLC (known as LTCFP). “It’s a benefit that can attract the best new hires and earn the passionate loyalty of all employees. James Barclay is proof of that.”

“Think of it,” Cahn continues. “Barclay was in his early 30’s when his problem hit. LTC insurance isn’t just for your 50 and 60-somethings.” He points out that nearly 40% of those needing long term care are working-age Americans — people 18 through 64.

Cahn’s LTCFP recommends Care.TV to anyone seeking information about healthcare and the insurance that supports it. One of LTCFP’s senior Partners, Barbara Hanson, has agreed to provide editorial content to Care.TV. Cahn’s organization also offers a no-cost educational program to companies, non-profits, and community groups. It’s called the Long Term Care Outreach and Education Program(TM) (LTCOEP(TM)).

Information is available at –
http://www.ltcfp.us/ltcfp/long-term-healthcare-planning.html .