SAN FRANCISCO — Limnia, Inc., in a private/public partnership with university and national lab efforts, has announced an initiative to aggregate over $100M of past research from 30 years of private lab development. This project’s goal is to deliver an energy storage solution to the marketplace which holds more energy than traditional batteries with optimal efficiency and maintains longer duration per charge than any other solution currently available worldwide. This energy storage solution’s utilization will have widespread positive impact – increasing efficiencies in both the corporate and consumer marketplace and complies with the energy policies of both Barack Obama and John McCain. 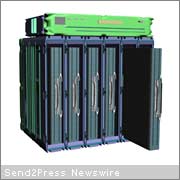 The latest Limnia(TM) technology offerings provide important potential advantages. The technology heralds the end of brown-outs and blackouts. This unique approach utilizes Limnia’s patented fuel cassettes to deliver the lowest cost per use, longest range, safest, most upgradeable power source for data centers, vehicles, homes and other environments. The technology can allow a vehicle to drive across America without ever turning off the engine, allow computer notebook power packs to run for days, and facilitate homes to make their own green energy.

The pre-revenue start-up company has received a Congressional commendation, successfully executed on a major U.S. Department of Energy contract, established a laboratory, built numerous prototypes and proof-of-concept devices and recently collaborated on one of the largest electric vehicle projects in the market.

Limnia, Inc. is now perfecting its product development strategy and hopes to begin delivering to the marketplace soon after closing its current funding round. Corporate funding partners are sought to support this effort and field test the product.

North Central Local Schools in Ohio expects to save more than $50,000 annually through a partnership with Energy Optimizers, USA