SACRAMENTO, Calif. /California Newswire/ — This week, Calif. Governor Gavin Newsom announced that he will aggressively move the state further away from its reliance on climate change-causing fossil fuels while retaining and creating jobs and spurring economic growth – he issued an executive order requiring sales of all new passenger vehicles to be zero-emission by 2035 and additional measures to eliminate harmful emissions from the transportation sector. 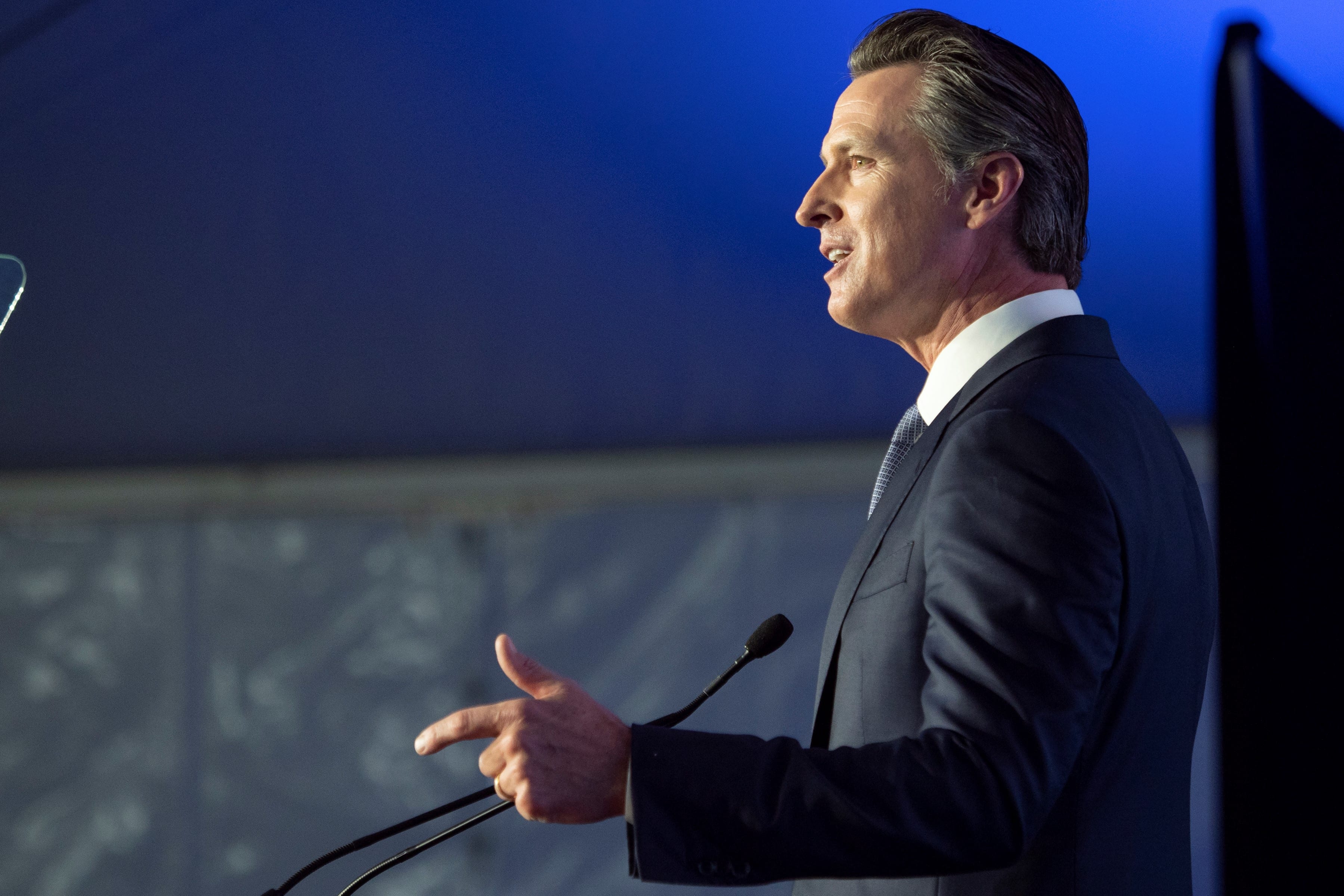 The transportation sector is responsible for more than half of all of California’s carbon pollution, 80 percent of smog-forming pollution and 95 percent of toxic diesel emissions – all while communities in the Los Angeles Basin and Central Valley see some of the dirtiest and most toxic air in the country.

“This is the most impactful step our state can take to fight climate change,” said Governor Newsom. “For too many decades, we have allowed cars to pollute the air that our children and families breathe. Californians shouldn’t have to worry if our cars are giving our kids asthma. Our cars shouldn’t make wildfires worse – and create more days filled with smoky air. Cars shouldn’t melt glaciers or raise sea levels threatening our cherished beaches and coastlines.”

Following the order, the California Air Resources Board will develop regulations to mandate that 100 percent of in-state sales of new passenger cars and trucks are zero-emission by 2035 – a target which would achieve more than a 35 percent reduction in greenhouse gas emissions and an 80 percent improvement in oxides of nitrogen emissions from cars statewide. In addition, the Air Resources Board will develop regulations to mandate that all operations of medium- and heavy-duty vehicles shall be 100 percent zero emission by 2045 where feasible, with the mandate going into effect by 2035 for drayage trucks. To ensure needed infrastructure to support zero-emission vehicles, the order requires state agencies, in partnership with the private sector, to accelerate deployment of affordable fueling and charging options. It also requires support of new and used zero-emission vehicle markets to provide broad accessibility to zero-emission vehicles for all Californians. The executive order will not prevent Californians from owning gasoline-powered cars or selling them on the used car market.

California will be leading the nation in this effort – joining 15 countries that have already committed to phase out gasoline-powered cars and using our market power to push zero-emission vehicle innovation and drive down costs for everyone.

By the time the new rule goes into effect, zero-emission vehicles will almost certainly be cheaper and better than the traditional fossil fuel powered cars. The upfront cost of electric vehicles are projected to reach parity with conventional vehicles in just a matter of years, and the cost of owning the car – both in maintenance and how much it costs to power the car mile for mile – is far less than a fossil fuel burning vehicle.

The executive order sets clear deliverables for new health and safety regulations that protect workers and communities from the impacts of oil extraction. It supports companies who transition their upstream and downstream oil production operations to cleaner alternatives. It also directs the state to make sure taxpayers are not stuck with the bill to safely close and remediate former oil fields. To protect the health and safety of our communities and workers, the Governor is also asking the Legislature to end the issuance of new hydraulic fracturing permits by 2024.

The executive order directs state agencies to develop strategies for an integrated, statewide rail and transit network, and incorporate safe and accessible infrastructure into projects to support bicycle and pedestrian options, particularly in low-income and disadvantaged communities.

This action continues the Governor’s commitment to strengthening California’s resilience while lowering carbon emissions – essential to meeting California’s air quality and climate goals. In the last six months alone, the California Air Resources Board has approved new regulations requiring truck manufacturers to transition to electric zero-emission trucks beginning in 2024 and the Governor signed an MOU with 14 other states to advance and accelerate the market for electric medium- and heavy-duty vehicles. Last fall, California led a multi-state coalition in filing a lawsuit challenging the U.S. Environmental Protection Agency’s attempt to revoke portions of a 2013 waiver that allows the state to implement its Advanced Clean Car Standards.

Last September, Governor Newsom took action to leverage the state’s transportation systems and purchasing power to strengthen climate mitigation and resiliency and to measure and manage climate risks across the state’s $700 billion pension investments. To mitigate climate threats to our communities and increase carbon sequestration, the Governor invested in forest health and fuel reduction and held utilities accountable for building resiliency. The Governor also directed state agencies to develop a comprehensive strategy to build a climate-resilient water system and made a historic investment to develop the workforce for California’s future carbon-neutral economy.