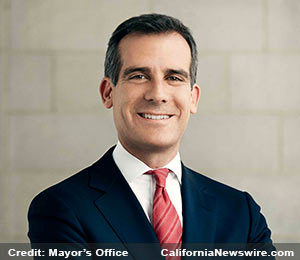 “Stopping runaway production is about protecting our middle class,” Mayor Garcetti said. “Ken will be a powerful leader in our fight against other states that are taking our jobs, and he will be aggressive about streamlining government so red tape doesn’t contribute to driving production away.”

“This is a critical moment for our industry and our economy,” Ziffren said. “If we don’t fight back now, these jobs are going to be lost for good, and that would be a devastating blow to our middle class. This is about jobs for carpenters, electricians, makeup artists — good jobs that leave enough over at the end of the month to save for retirement, save for the kids’ college, and to spend in our neighborhoods.”

Ziffren brings to Mayor Garcetti’s office deep experience across the entertainment industry and in bringing together disparate parties to achieve common goals. He was key player in resolving a Writer’s Guild strike and has represented the NFL in negotiating network television contracts.

Ziffren is one of the nation’s foremost entertainment lawyers. As founding partner of Ziffren Brittenham, his clients are leading entertainment industry figures and companies. After earning a B.A. from Northwestern he earned his law degree from UCLA, where he was editor-in-chief of the UCLA Law Review. He clerked for U.S. Supreme Court Chief Justice Earl Warren and is Co-Chairman of the UCLA School of Law Board of Advisors and Chairman of its Entertainment & Media Law Program.

Ziffren will have key support in his work from the Director of the Mayor’s Office of Motion Picture and Television Production, Rajiv Dalal, and former MPAA head Bob Pisano, who will continue as an outside advisor.

Mayor Garcetti’s work to increase local film and television production is a key component to his back to basics agenda, which is focused on boosting L.A.’s economy and improving efficiency and effectiveness at City Hall. Garcetti is a longtime champion for entertainment industry jobs. He recently signed into law legislation he wrote as a Councilmember to waive city fees for television pilots, with the goal of landing full series. Garcetti also spearheaded local tax exemptions for creative professionals and local tax incentives for productions and entertainment companies.

Audiosha Has Redefined the Occupational Health and Safety Services Industry with Technology, Diversity and Entertainment