LOS ANGELES, Calif. /California Newswire/ — This past week L.A. Mayor Eric Garcetti launched a major, citywide water conservation outreach campaign – “Save the Drop.” With the Mayor’s executive directive on water conservation creating strong tools to reduce water use and address the drought, including a $3.75 per square foot rebate for lawn replacement, Mayor Garcetti is now taking the necessary next step to connect Angelenos with those tools through an unprecedented outreach effort. 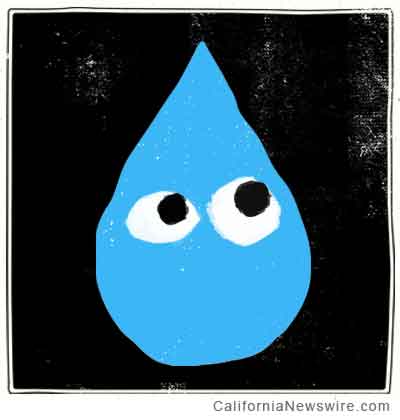 “Because we acted strategically and acted early, we have powerful tools in place to respond to this historic drought. Now, through this unprecedented outreach campaign, we are taking action to make sure every Angeleno is informed and encouraged to harness those tools to lower their water use and their water bills,” Mayor Garcetti said.

“We are pleased to support Mayor Garcetti’s ‘Save the Drop’ campaign to help inform more Angelenos about the tools and rebates they can use to help conserve more water,” said Marcie Edwards, LADWP General Manager. “Knowledge is power, and more of our customers will now have the power to not only manage their water use and costs, but to help us meet the Mayor’s conservation goals. I encourage all of our customers to take advantage of our incentives and build on the water conservation ethic that they have sustained over many decades.”

“Together, we Angelenos can achieve the Mayor’s water conservation goals. Thankfully, with the help of participating agencies, there are generous financial incentives to remove any significant burden from the public. The next step is up to us, ‘we the people,’ to participate. L.A. has led the world in doing this in our last major drought 30 years ago, and we can do it again now,” said TreePeople Founder and President Andy Lipkis.

This unprecedented effort marshals the full resources of city government to engage millions of Angelenos. City departments currently deliver many messages in a variety of ways, from signage on buses and sanitation trucks to information distributed at city-sponsored events. Under the direction of the Mayor’s Office, and in partnership with the DWP, these existing outreach programs will be coordinated for the first time under one campaign – ‘Save the Drop,’ to push Angelenos to take action and use less water.

The campaign will reach Angelenos through the full breadth of city resources – through ads on sanitation trucks, DWP bill inserts, and in our parks. ‘Save the Drop’ messages will be projected to movie theater audiences and will launched on television and radio. Online, Angelenos can find the information they need to save water at

Angelenos can get information in Spanish at www.cadagotitacuentala.org.

The Mayor’s Fund for Los Angeles is partnering with this effort by providing expert staff to help launch and coordinate the campaign, in addition to securing donated creative content and donated media space, as well as raising funds for additional advertising purchases.

L.A. area creative company Omelet (omeletla.com) is working pro bono to develop the most compelling and impactful campaign possible, which led to the creation of ‘Save the Drop.’

“Los Angeles’ Neighborhood Councils have long been hubs for community engagement, and many already have inspired and engaged residents to adopt sustainable water practices,” said the Chair and Founder of The Neighborhood Council Sustainability Alliance, Laura Mack. “We are excited to collaborate with the city to achieve water reduction targets through education and outreach events, sharing of best practices, and community water challenge campaigns across the city.”

Last fall, Mayor Garcetti issued an executive directive calling for a 20 percent reduction in water use by 2017. Among its actions was an increase in the lawn replacement rebate to $3.75 per square foot and eliminating the need for permits to replace grass on parkways. Fifty percent of LA’s fresh water is used outdoors, which is why these actions are especially significant – and it’s why Mayor Garcetti launched the campaign in front of a home in Van Nuys whose owner took advantage of the DWP’s lawn replacement rebate to plant California friendly landscaping.

“This campaign was created to make Angelenos rethink their relationship with water and we are here on this residential block because this is where our battle against the drought must be won. Fifty percent of our drinking water is used outdoors – and this valley home shows how we can reduce water use and still have curb appeal. The DWP is offering big rebates to cover the cost and there are companies who will do it for free, too,” Mayor Garcetti said.

For additional information on how to ‘Save the Drop’ visit www.SaveTheDropLA.org.

About the Mayor’s Fund for Los Angeles:

The Mayor’s Fund for Los Angeles is a non-profit, non-partisan organization dedicated to improving life for all Angelenos. Bringing together the public and private sectors, the Fund supports civic programs that create transformative change focused on economic prosperity, government efficiency, community resiliency, and quality of life. Uniquely positioned at the crossroads of local government, business, philanthropy, and non-profits, the Fund enables partnerships to tackle some of Los Angeles’ most complex challenges. The Fund is supported by private donations and is overseen by an independent Board of Directors. More information is at www.mayorsfundla.org.