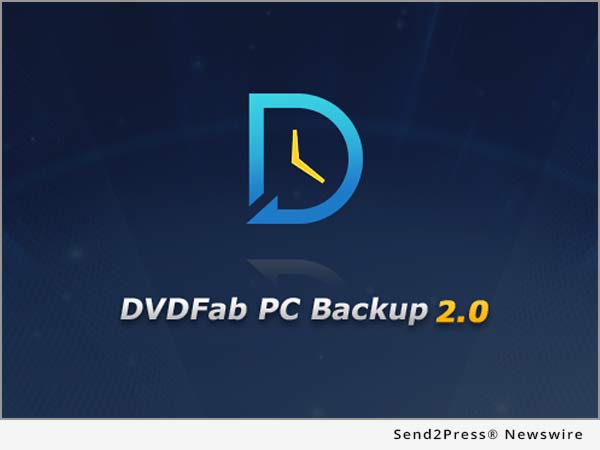 BEIJING, China, Jul 20, 2016 (SEND2PRESS NEWSWIRE) — Fengtao Software, the industry leader in the field of DVD, Blu-ray and video backup solutions, today on July 20 announces DVDFab PC Backup 2.0, a major update of its data care software which is designed for Windows users to timely make backup copies to their priceless data on computers, including all types of files, emails and even the system configurations as well. Read on for more details.

Designed as a top-notch data backup software for Windows users to make quick backups of their valuable data like documents, photos, videos, emails, even the system configurations, DVDFab PC Backup immediately grabbed massive attention when it initially came out, and soon rose up to become the company’s new star product, enjoying wild popularity among its customers.

Now more than one year has passed since the debut of version 1, it’s the perfect timing to introduce the all new version 2, which will surely bring the user experience further to the next level. The brand new GUI of version 2 makes it much easier and friendlier for both fresh comers and skilled customers to navigate. In the meantime, this new update also brings an array of fixes to a couple of problems seen in version 1.

To download the latest version of this world-class data backup software, users can feel free to visit http://www.dvdfab.cn/download.htm.

This press release was issued on behalf of the news source, who is solely responsible for its accuracy, by Send2Press Newswire. To view the original story, visit: https://www.send2press.com/wire/introducing-dvdfab-pc-backup-2-0-keep-pc-files-mail-and-system-data-safe-from-any-potential-harm/