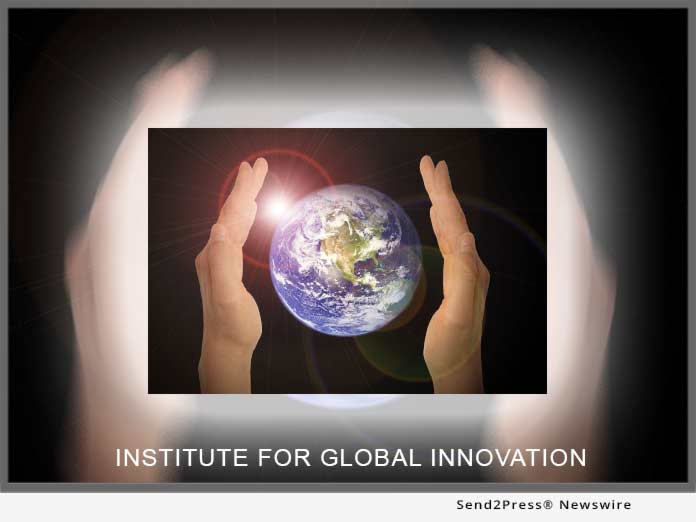 CAMBRIDGE, Mass., Feb 15, 2019 (SEND2PRESS NEWSWIRE) — For four years, governments, private industry, and academia have striven to find effective solutions for the 17 Sustainable Development Goals as defined by the U.N. at the 2015 Plenary Session in New York. Now a new approach is being pioneered by the Institute for Global Innovation, a worldwide NGO which seeks to scour the globe for the most efficient technologies to solve these challenges, according to IGI Directors Soani Gunawan, Amy Chang, and John Toomey.

Starting this year, they will offer Awards to promising startups, institutions, and individuals who display innovative and creative thinking in eight areas: AI, Neural Networks, Virtual Reality, Smartphone apps, Swarm Intelligence, Augmented Reality, Mind Mapping, and Cloud Technology. The prize is not financial, but consists of connections, publicity, and advice.

“Traditional efforts towards insuring our Earth’s survival emphasize governmental intervention,” says Gunawan. “We want to find and extensively promote under-the-radar approaches that come from sources who sometimes lack the wherewithal to refine and publicize their work.”

The Institute brings together tech firms, non-profits, academia, and individuals in the service of the greater good. It is an outgrowth of a partnership between Global Action 17, Friends Beyond Borders, and the World Mind Network, whose Board of Trustees includes six Nobel Laureates.

Unlike traditional award protocols, the Institute stays involved with the winners for as long as is feasible. They screen successful proposals through committees at Oxford, Stanford, Princeton, Berkeley, Yale, Harvard, and Cambridge, and where necessary assist participants in finding appropriate startup incubators, accelerators, and crowdfunding platforms. The overarching goal is to create an efficient worldwide apparatus for finding, developing, funding, and publicizing the best new technologies for attaining the UN’s Sustainable Development Goals.

About The Institute for Global Innovation:
The Institute for Global Innovation is an international NGO devoted to planetary survival. It is always interested in new partnerships with organizations which share its goals. Its members seek to inspire individuals and groups by promoting and improving upon the thousands of unheralded projects around the world which deserve support.

This press release was issued on behalf of the news source, who is solely responsible for its accuracy, by Send2Press Newswire. To view the original story, visit: https://www.send2press.com/wire/institute-for-global-innovation-announces-awards-for-neural-network-ai-and-vr-apps-for-sustainability/

SIERA.AI Named a Finalist for Best New Product for the 2021 MHI Innovation Awards