SAN FRANCISCO, Calif. /California Newswire/ — Hak’s, a leading manufacturer of clean ingredient sauces, condiments, and prepared foods looks forward to showcasing its full product line at the Winter Fancy Foods show, Booth #6406, from January 21 – 23 in San Francisco. Hak’s products feature a unique combination: They’re all designed by celebrity chef and founder Sharone Hakman, while offering great taste AND clean ingredients. The company’s motto is “Chef Inspired, Convenience Without Compromise,” and that is the cornerstone of everything Hak’s does. 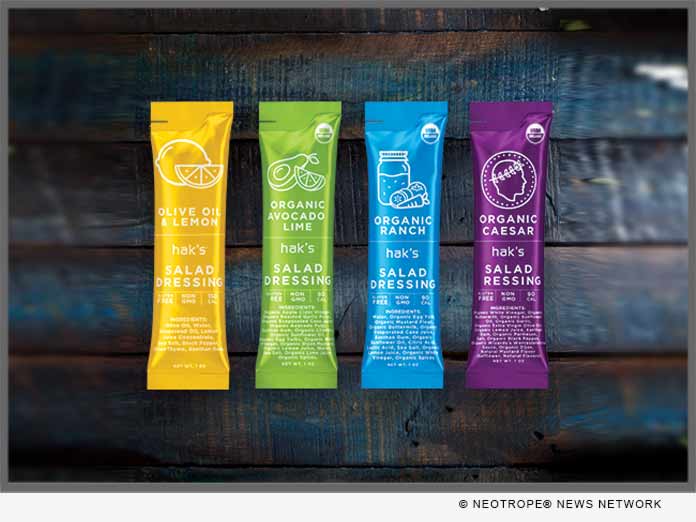 The company began in 2011 after Sharone left his successful career in finance and created his signature chipotle bourbon BBQ sauce. Since then, the company’s product line has grown to four additional flavors of BBQ sauce, six varieties of one pot cooking sauces, and eight shelf stable salad dressings. These products are available at thousands of stores around the country. A new refrigerated line of single serve salad dressings hits stores in May, expanding the company’s presence to the refrigerated section. Hak’s will be sampling the new refrigerated dressings at Winter Fancy Foods, at booth #6306.

In addition to growth of the existing lines, 2018 promises to be a year of continued product development for the brand. “Customers are demanding a wide variety of clean ingredient, high quality offerings that don’t sacrifice taste. Our goal is to provide a wide variety of choices to meet that need, and this year we’ll be launching several new products, including prepared meat offerings. Stay tuned for more innovation from Hak’s!” Sharone commented.

Hak’s invites everyone to visit booth #6306 at Winter Fancy Foods to taste samples and learn about the brand’s products. The products will also be displayed in the What’s Hot showcase. The company recently released a video that tells its story, which can be viewed here: https://youtu.be/BjSEQjz4buU.

About Hak’s:
Originally a financial advisor, Sharone Hakman left his career to launch Hak’s and pursue his passion in the culinary world. He successfully appeared on the first season of FOX Network’s MasterChef: a reality cooking show which sought to find America’s most promising amateur chef. He tested his creation; feeding bbq sauce-smothered steak to 500 Marines at Camp Pendleton, and satisfying America’s road warriors with gourmet bbq burgers during a truck stop challenge.

When TV’s toughest food critics and chefs were blown away, with celebrity chef Gordon Ramsay calling Hak’s “the most delicious BBQ Sauce EVER made….” Sharone knew it was time to share. Hak’s has since grown into a global brand consisting of BBQ sauces, cooking sauces and salad dressings.

Hak’s is surpassing its competition with unique flavor profiles, clean ingredients and an elevated style. Growing quickly in just a few short years, Hak’s products are now available in over 12,000 stores across the United States, including Kroger, Target, Whole Foods, Sprouts, and many more.

The company is also currently expanding into food service.

A short company video may be viewed here (YouTube):