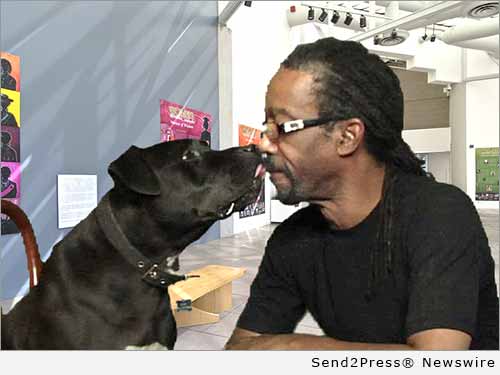 LOS ANGELES, Calif. /California Newswire/ — As an African American dog photographer, director Foster Corder has always had a special affinity and vision for animals. Over the years, his photographic and film contributions have laid the groundwork for some of the most prominent canine experts in the field. With his two hit web series "Foster's Animal World TV" and "Conversations with a Pit Bull" he has solidified himself as a preeminent voice for thousands of dogs, particularly those abused and in the shelters.

On Tuesday, September 29 from 7:30 a.m. PT to 11:30 a.m. PT, Corder will take a bite out of cyber bullying within the dog rescue community with California attorneys Michael Harrington and Stephen Michael as his guests. They will address Internet laws and crime activities concerning email, online forums and social media. Linda Carel, from LA 4 Animals, will join them as they discuss these conflicts and offer possible resolutions.

Harrington's and Michael's appearance on the show marks the fifth in a series of shows targeting cyber bullying, in particular focusing on the "Facebook Rescue Mafia." Corder became a target himself after his initial presentation on the topic. Corder received hostile prank calls and online bully attempts for several weeks after interviewing rescuers within the community who had fallen victim to similar online assaults and harassment. The personal attacks against him only fueled his resolve to stop the behavior, an issue he now considers just as detrimental as the rampant euthanizing of dogs in shelters.

"Cyber bulling within the dog rescue community has the potential to deter people from helping animals. Anyone who has done animal rescue knows that there are people who view themselves as so-called authorities on the matter. They are fanatical of sorts and act as unauthorized 'dog police.' Many good and caring people complain they have been harassed, defamed and bullied by them for their rescue efforts. Their credibility and lives have suffered tremendously from these vicious cyber attacks and many have even received death threats," reveals Corder.

Cites Monika McComb from Open Arms Rescue, "I am a legal volunteer dog puller. My reputation has been destroyed and my life threatened behind my efforts to make a difference in the lives of helpless and needy canines. I am happy to see that Foster is exposing cyber bullying on his show. It needs to be stopped!"

"Conversations with a Pit Bull," co-hosted with Daniel Mason, which airs every Friday from 11 a.m. to Noon PT and on the Roscoe Media Center from Hollywood, Calif. (http://www.rmconlive.com/) has emerged as the channel's most popular show, with dog lovers tuning in from around the world including Canada, Italy, the United Kingdom, Australia and Asia. Each week animal experts and activists converge in the studio, on the phone, via Skype and online with dog lovers and their pets for a three hour immersion in all things 'canine' including rescue alerts, adoption notices, support for shelters, training tips, canine care and up to date news on events and notices in the dog community.

Bark along with "Fosters Animal World TV" and check out an episode now.