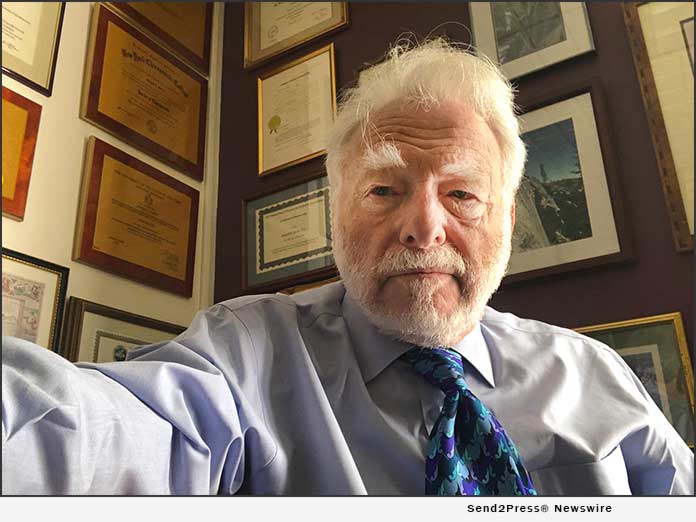 Dr. Harte says, “It seems that our so-called public health officials are deliberately creating fear, and hoping for panic. They are ginning up fears of the flu, combined with a possible corona virus epidemic.

“I am deeply concerned about what others may be relieved about,” Dr. Harte admits. “Reports are coming in of corona virus vaccines being rushed to completion and then production, via new technology.”

Dr. Harte declares, “New technology seems exciting to some, but in Medicine, it’s Russian roulette. Who knows the ramifications, both in safety and efficacy, of this totally novel vaccine for a novel virus? The regular vaccines create enough serious health problems.”

“A fascinating, and scary part of this blossoming health problem is that CDC officials are saying, at least for the moment, that influenza, the flu, is a far more serious threat to Americans than the corona virus. What we have here,” comments Dr. Harte, “is fear from the corona virus being used, very deliberately, to increase fear of the flu virus, and, thereby, increase sales of the mostly ineffective and definitely risky flu vaccine.”

“Perhaps the most serious issue,” Dr. Harte notes, “is the believability of the CDC. It has ‘cried wolf’ far too many times, and continues to do so. For years, the CDC has claimed that the flu kills 36,000 a year in this country. Last flu season, all of a sudden, they claimed 82,000.”

“We can only know,” Dr. Harte says, “what’s going on in China and around the world with the new corona virus through news reports. We all know, from personal life experience, that no one we knew ever died from the flu, while everyone we know has had the flu, many several times. Only the already very sick and feeble ever end up in the hospital. Yes, boys and girls, the CDC is lying. Their quasi-statistical trick,” according to Dr. Harte. “is combining flu deaths with pneumonia deaths. Take away pneumonia, and you’re left with a few hundred deaths a year in a nation of 320 million. The obvious conclusion? Influenza, the flu, is not a dangerous, fatal disease.”

Dr. Harte warns, “When the corona vaccine comes out, watch out for an all-out fear campaign, from state, federal and international sources. If that vaccine will be as ineffective and dangerous as the flu vaccine, I wouldn’t trust it.”

“Finally,” explains Dr. Harte, “the best way to avoid the flu, the corona virus, or any infectious disease, is to get healthy. Eat well, exercise, rest appropriately, and get your nervous system free of interference by regular chiropractic care. Your nervous system runs your immune system, so take care of it! The best way to get the flu is to get a flu shot.” Dr. Harte wonders, “It might work the same way for the coming corona virus vaccine. So why do it?”

Dr. Don Harte, former medical student, is a principled, traditional chiropractor serving Marin and the Greater Bay Area since 1981. He is an activist in the struggle for free speech for chiropractors. Dr. Harte was named 2006 “Chiropractor of the Year” by the World Chiropractic Alliance (WCA). He has served on the Boards of the WCA and the Council on Chiropractic Practice. His articles have been published in OMNI magazine, San Francisco Chronicle, Chiropractic Journal and Journal of the California Chiropractic Association.

Where Did Four Million U.S. Workers Go and What Are They Doing? asks the Merito Group