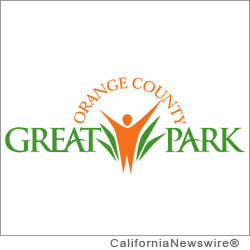 IRVINE, Calif. /California Newswire/ — The Orange County Great Park in collaboration with the Irvine International Film Festival will host a series of screenings of award-winning short films at the Palm Court Arts Complex beginning October 4. The Independent & Inspired Film Series feature 18 films that will be screened over five evenings on select Thursdays through November 15.

Each screening will be followed by a special question and answer session with some of the directors, actors, producers, writers and cinematographers involved in the film. The series is recommended for high school students or older. Seating for each screening is limited – seat passes will be distributed at 6:30 p.m. Short films begin at 7:00 p.m.

“The Great Park is excited to present this independent film series in collaboration with the Irvine International Film Festival,” said Beth Krom, Chair, Orange County Great Park Corporation. “This is not just an opportunity to view a wide variety of films; it is also a chance to learn how films are made and to interact with the creative people who make them.”

The series begins October 4 with Deep Blue Breath, winner of Best Short Film at the 2011 New York Independent International Film and Video Festival. Directed by Patricia Cardoso, the film tells the story of a boy named Clay who travels deep inside his body to an animated dream world where he engages in battle against the Evil Lord Vater and his army of Kuk-nuks. Meanwhile, in the waking world, a medical team struggles to save Clay’s life.

Also featured is the film, Good Men, directed by Brian Connors. The film focuses on two elderly men, played by Ed Asner and Mark Rydell, who get into a serious argument over the circumstances surrounding the 9/11 attacks on The World Trade Center.

The final film on October 4 will be 6 Gun, directed by Hebron Simckes-Joffe. The film follows Silas, who years after the kidnapping of his child and the murder of his wife, locates and identifies the culprit – a former friend, and current gubernatorial candidate. Silas then sets out to exact revenge. Six bullets will fire…but from which gun?

After the screenings on October 4, join in the conversation with directors Patricia Cardoso, Brian Connors, and Hebron Simckes-Joffe, who will be on hand for a special question and answer session.

Admission and parking is free. The program is subject to change.