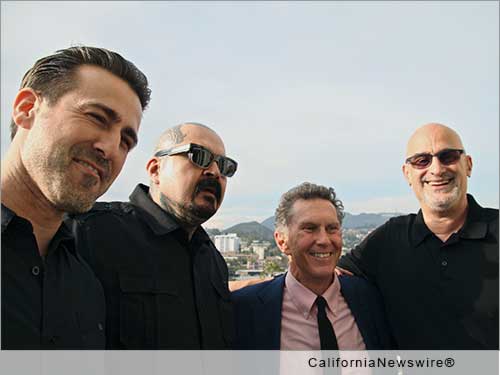 LOS ANGELES, Calif. /California Newswire/ — Tattoos adorn the bodies of over 45 million Americans and the phenomenon of ink-on-flesh is now global. One area often overlooked when discussing tattoo art is the contribution of the Chicano community. "The elevation of the tattoo to the status of art can be directly traced to Chicano culture," notes Eric Schwartz, director of the feature-length documentary motion picture, "Tattoo Nation."

When speaking after screenings of his 86-minute film on college campuses and art museums, Mr. Schwartz discusses how he was gradually allowed into the inner circle of Chicano artists.

"There was an element of distrust at the start," Schwartz notes, "but when they saw that my interest was genuine and respectful, they were pleased to educate me about the rich history of Chicano art in general and tattoo art in particular. Of major interest was the prison practice of tattooing images of the Virgin Mary which many do for divine protection, to pay respect, or to seek penance."

Schwartz, a sculptor and photographer, started a photographic series he named "The Tattooed" after becoming fascinated by the growing tattoo phenomenon. "During photo sessions, people told me captivating stories about their tattoos. I got intrigued and as I began compiling them it grew into an entire film about the artists and the people who are their living canvasses," Schwartz stated.

"I soon realized that the amazing art that we see today — and one of the main reasons people get tattoos — emerged from a marginalized segment of Americans, the Chicanos. It's really the story of the birth of a unique American art form. I felt it was important for people to know how this happened so that the people who gave us this art get the credit."

Since its release, "Tattoo Nation" has emerged as the definitive look at how tattoos went from underground and illegal just a few years ago to mass acceptance and the status of art. The film has received rave reviews when screened at film festivals around the country.

"It is gratifying to hear the reactions of people who come up to me after the screenings," Schwartz states. "Those who are into tattoo art are excited about seeing the history of the art, and they're amazed by the beauty of so much of it. Plus, I hear from parents who now say they have a better understanding of why their children have tattoos."

MORE INFORMATION:
The film is available for streaming or purchase on DVD, an interactive "show us your tats" contest is being finalized, and a director's cut of the film is being planned. Additional information available at http://www.tattoonation.com/ – the film's official web site.