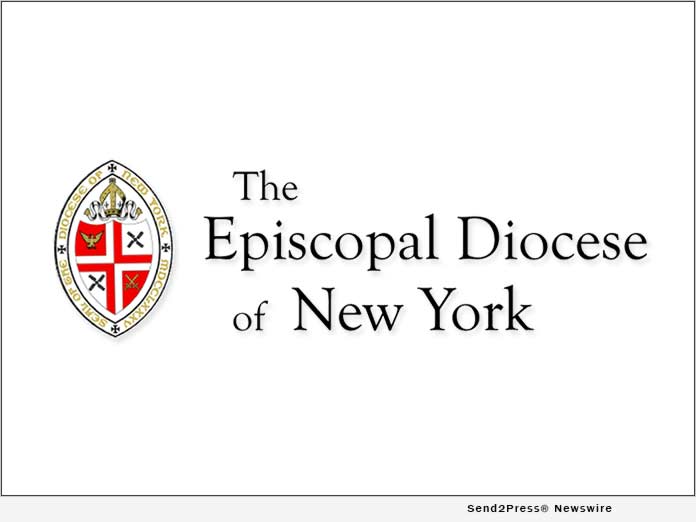 NEW YORK, N.Y., Oct 15, 2020 (SEND2PRESS NEWSWIRE) — The Episcopal Diocese of New York is pleased to announce that it has received a grant of $1 million from Lilly Endowment Inc. to help establish “Episcopal Futures: An Initiative for Collaborative Transformation.”

The program is funded through Lilly Endowment’s Thriving Congregations Initiative. The aim of the national initiative is to strengthen Christian congregations so they can help people deepen their relationships with God, build strong relationships with each other and contribute to the flourishing of local communities and the world.

Lilly Endowment is making nearly $93 million in grants through the initiative. The grants will support organizations as they work directly with congregations and help them gain clarity about their values and missions, explore and understand better the communities in which they serve, and draw upon their theological traditions as they adapt ministries to meet changing needs.

Episcopal Futures: An Initiative for Collaborative Transformation is a five-year project for congregational renewal of the Diocese of New York, developed in collaboration with General Theological Seminary. This project grows out of the recent strategic initiatives of the Diocese in church planting and congregational redevelopment as a brave and faithful response to a rapidly changing environment of mission and ministry.

Episcopal Futures envisions vibrant congregations with capacity to discern and articulate a clear mission, vision and identity, promote spiritual vitality and faith formation among its members and respond creatively and adaptively to conflict and change in their ministry contexts. In collaboration with General Theological Seminary, the Learning Communities program will be designed and developed to provide resources of training curriculum, consultants and coaches to the participants. The participating teams will practice and implement collaboration, faith renewal and radical reconciliation in their ministry contexts. Work will include continued implementation, evaluation and research. In keeping with the Reparations Resolution 9 of the Diocesan Convention 2019, Episcopal Futures is also committed to developing Learning Communities in the historically African-American communities as well as in the marginalized communities. in collaboration with General Theological Seminary.

The goal of Episcopal Futures is to (1) build a culture of collaboration and adaptive leadership in and among the congregations of the Diocese that will lead to a deeper commitment to common life and common mission, rooted in the Episcopal ethos and identity, (2) catalyze the renewal of congregations through team work and creative practices in mission and ministries, and (3) plant new and imaginative worshipping communities and outreach ministries that foster justice and reconciliation.

The Episcopal Diocese of New York is one of 92 organizations taking part in Lilly Endowment’s Thriving Congregations Initiative. They represent and serve churches in a broad spectrum of Christian traditions, including Anabaptist, Baptist, Episcopal, evangelical, Lutheran, Methodist, Mennonite, Pentecostal, Presbyterian, Reformed, Restoration, Roman Catholic and Orthodox, as well as congregations that describe themselves as nondenominational. Several organizations serve congregations in Black, Hispanic and Asian-American traditions.

“In the midst of a rapidly changing world, Christian congregations are grappling with how they can best carry forward their ministries,” said Christopher Coble, Lilly Endowment’s vice president for religion. “These grants will help congregations assess their ministries and draw on practices in their theological traditions to address new challenges and better nurture the spiritual vitality of the people they serve.”

Lilly Endowment launched the Thriving Congregations Initiative in 2019 as part of its commitment to support efforts that enhance the vitality of Christian congregations. Episcopal Diocese of New York is grateful to receive this significant grant to launch this exciting and new initiative, Episcopal Futures: An Initiative for Collaborative Transformation.

Lilly Endowment Inc. is an Indianapolis-based private philanthropic foundation created in 1937 by J. K. Lilly Sr. and sons Eli and J. K. Jr. through gifts of stock in their pharmaceutical business, it is a separate entity from the company, with a distinct governing board, staff and location. In keeping with the founders’ wishes, the Endowment exists to support the causes of religion, education and community development. The Endowment funds significant programs throughout the United States, especially in the field of religion. However, it maintains a special commitment to its hometown, Indianapolis and home state, Indiana. The principal aim of the Endowment’s grantmaking in religion is to deepen and enrich the lives of Christians in the United States, primarily by seeking out and supporting efforts that enhance the vitality of congregations and strengthen their pastoral and lay leadership. Learn more at: https://lillyendowment.org/thrivingcongregations/.

This press release was issued on behalf of the news source, who is solely responsible for its accuracy, by Send2Press Newswire. To view the original story, visit: https://www.send2press.com/wire/episcopal-diocese-of-new-york-receives-1-million-from-lilly-endowment-to-launch-episcopal-futures-an-initiative-for-collaborative-transformation/