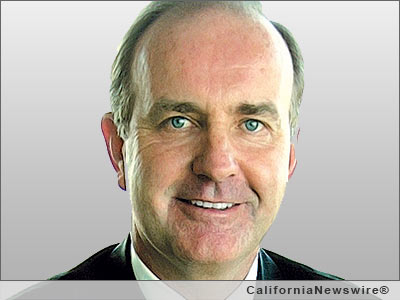 SAN MATEO, Calif. /California Newswire/ — Silicon Valley Business Journal recently highlighted the region's fastest growing companies, proving that for innovators, there is always opportunity to grow. EPIC Insurance, a retail property, casualty and employee benefits insurance brokerage was one of 52 companies to receive this recognition. This is the fourth consecutive year that EPIC has made the Fastest Growing Private Companies list.

The 52 businesses named earned approximately $1.4 billion in combined revenue in 2012, up 65 percent from the year before. As part of this group, EPIC has grown an impressive 26 percent over the last three years.

Founded in 2007, EPIC has also been honored as a top 40 U.S. retail insurance broker, the eighth largest broker in the U.S. West, one of the nation's "most productive" brokers and a "Best Place to Work in the Insurance Industry."

"It's an honor to be counted among Silicon Valley's fastest growing companies, in a region where we are competing against technology companies and other high growth industries for this distinction," says Dan Francis, co-founder and chief executive officer of EPIC. "To be one of the few financial services firms and the only insurance broker to make the 'fastest growing' list is a significant accomplishment and a real credit to our outstanding EPIC team members. I'm very proud of their accomplishments."

Connect with the EPIC team on social media at:

EPIC is a unique and innovative retail property & casualty and employee benefits insurance brokerage and consulting firm. EPIC has created a values-based, client-focused culture that attracts and retains top talent, fosters employee satisfaction and loyalty and sustains a high level of customer service excellence. EPIC team members have consistently recognized their company as a "Best Place to Work" in multiple regions across California and as a "Best Place to Work in the Insurance Industry" nationally.

With more than $80 million in revenues, EPIC ranks among the top 40 retail insurance brokers in the United States. The company's strategic plan calls for more than tripling revenue over the next five years ($250 million by 2018) and further expansion across the country. For additional information, please visit http://www.edgewoodins.com/ .

PitBullTax Software Named to the 2022 Inc. 5000 List of the Fastest Growing Private Companies in America

With a Two-Year Revenue Growth of 73 Percent, Aligned Technology Solutions Ranks No. 181 on Inc. Magazine’s List of the Fastest-Growing Private Companies in the D.C. Metro Region

With a Two-Year Revenue Growth of 70 Percent, Aligned Technology Solutions Ranks No. 118 on Inc. Magazine’s List of the Mid-Atlantic Region’s Fastest-Growing Private Companies