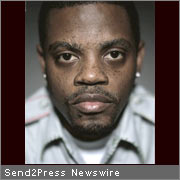 A virtuoso, Riggins has taken love and molded it into life through his talents and passion. He moved from Detroit to New York City at 19 where he played with, and was mentored by jazz great Betty Carter.

From there his career-to-date has been spent playing with legends of Jazz and the most influential voices of Hip-Hop. From recording with Oscar Peterson and Ray Brown to touring with Kanye West, Common, and more, he has spread across the gamut between genres. He has produced songs for Erykah Badu, The Roots, and Talib Kweli and played drums behind Bobby Hutchinson, Donald Byrd, and now Herbie Hancock.

Riggins currently lives in Los Angeles, and is working on his first self-titled album, showcasing his unique range as a producer, drummer, and emcee. His collaboration with Los Angeles native multi-instrumentalist Madlib entitled The Supreme Team is slated for a 2009 release on Stones Throw Records.

“Spectacle: Elvis Costello With…” showcases performances by legendary music acts of the past 40 years, as well as discourse on topics between music and life; from one-on-one interviews to themed panel discussions. Spectacle, about halfway through its first season, has thus-far featured President Bill Clinton, Tony Bennett, The Police, and Norah Jones among other sonic dignitaries.

A full biography is available at Karriem’s official website: http://www.karriemriggins.com .

Send2Press® is the originating wire service for this story, Copr. 2009.