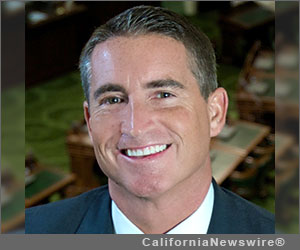 While last week’s committee discussion focused on making sure the legislation was strong enough to protect the public from surreptitious spying and unwarranted police surveillance, the Local Government committee also reviewed the restrictions the legislation places upon local public agencies looking to purchase drones for their own use. AB 1327 states that local public agencies cannot purchase and use drones until the local legislative body adopts policies and rules for local drone-use. AB 1327 also makes clear that local bodies can adopt stricter rules than what is prescribed in the bill.

“This bill is important because there are currently no state rules in place that would prohibit the abusive use of drones when it is available for civilian and commercial use,” stated Assemblyman Jeff Gorell. “The FAA estimates that over 30,000 drones are expected to be in our nation’s skies over the next two decades. It is in the best interest of all Californians that this Legislature is ensuring privacy rights are protected.”

AB 1327 was introduced by Gorell and Bradford along with a companion bill, AB 1326, which aims to incentivize manufacturers of the new drone technology to expand and provide more jobs in California by offering sales tax exemptions for purchases related to manufacturing equipment and facility construction and also a tax credit for hiring new employees. A recent report indicates that the UAV industry in California can potentially account for a $14 billion economic impact, $83 million in tax revenue, and over 18,000 jobs between 2015 and 2025.

As most other states have begun to consider various types of legislation to address the use of this rapidly emerging technology, AB 1327 has received recognition as one of the most comprehensive pieces of drone privacy legislation to date. Discussions of the bill have appeared recently in Time Magazine, as well as other broadcast and print media throughout the state and nation.