TORRANCE, Calif. /California Newswire/ — DocMagic, Inc., the premier provider of fully-compliant loan document preparation, regulatory compliance and comprehensive eMortgage services, reported a 42 percent increase in revenue for 2016. The company credits its growth to the mortgage industry’s demand for products that enable TRID compliance, eSignatures and eClosings. This is the second consecutive year that DocMagic’s revenue has increased by roughly 40 percent. 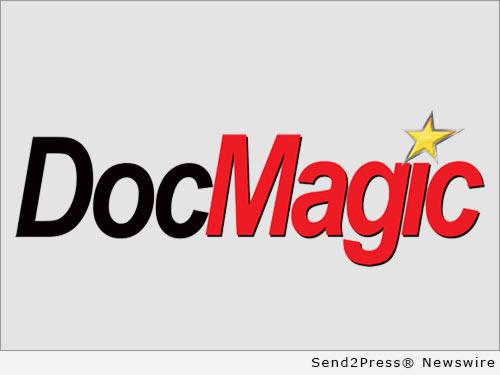 “Lenders have been looking for ways to assure TRID compliance since 2015, and DocMagic’s SmartCLOSE technology has become the industry’s go-to solution,” said Dominic Iannitti, president and CEO of DocMagic. “Our user base has grown quickly. A lot of existing DocMagic clients saw the value of SmartCLOSE(TM) immediately. It has also been an entry point for many of our new lender clients.”

SmartCLOSE(TM) enables lenders to interface with settlement providers and other relevant parties in a secure portal to share, edit, validate, audit, track and collaborate on documents, data and fees. In the past two years, DocMagic has completed numerous key integrations between lenders using SmartCLOSE(TM), their loan origination systems, and new settlement service provider systems. More integrations are being developed for 2017.

“The number of eSignatures completed has increased significantly since launching SmartCLOSE and Total eClose,” said Iannitti, referencing activity for eSignSystems, a division of DocMagic that provides digital transaction management and electronic storage systems. “Lenders appreciate that they can stay compliant while gaining the speed and convenience of a digital process.”

DocMagic rolled out its Total eClose(TM) solution for end-to-end eClosings in Q4 2016. Total eClose(TM) is a single-source eClosing suite that contains all the components needed to facilitate a completely paperless digital closing – from start to finish – without any hard stops or papering out.

DocMagic anticipates its growth will continue in 2017. In February of this year, the company completed a successful pilot that enabled one of the country’s largest warehouse lenders to accept and fund eNotes, a transition that Iannitti expects to become a major industry trend in the next 12 to 18 months.

“It’s very simple – at DocMagic, we’re dedicated to addressing the industry’s needs and demands with the very best solutions on the market,” said Iannitti. “That’s been the foundation of our business since we started, and we’re pleased to say that it remains the formula for our growth today.”

DocMagic, Inc. is the leading provider of fully-compliant loan document preparation, regulatory compliance and comprehensive eMortgage services for the mortgage banking industry. Founded in 1988 and headquartered in Torrance, Calif., DocMagic, Inc. develops software, mobile apps, processes and web-based systems for the production and delivery of compliant loan document packages. The company’s compliance experts and in-house legal staff consistently monitor legal and regulatory changes at both the federal and state levels to ensure accuracy. For more information on DocMagic, visit www.docmagic.com.