DANA POINT, Calif. — “Canine kidney disease, an often fatal condition, can be helped with holistic pet care and early detection through laboratory testing,” says Susan B. Davis, pet nutritionist for Ask Ariel Your Pet Nutritionist. Since canine kidney disease is not typically diagnosed until approximately 75% of kidney function has deteriorated, the disease is often well-advanced at the time it is discovered.

But, regular laboratory testing including blood work and urine analysis can identify early canine kidney disease even when symptoms haven’t appeared. Unfortunately, canine kidney disease progresses over a period of years and often goes unnoticed by even the most vigilant owners. When the signs of canine kidney disease finally appear (inappetance, excessive thirst and urination, malaise), conventional veterinary options are often limited to fluid hydration therapy and commercial prescription diets that many pets won’t eat. 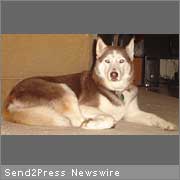 The prognosis for canine kidney disease varies greatly depending upon the age, overall health and laboratory test results. Owners with pets diagnosed with canine kidney disease can feel hopeless and distraught since their pet may have acted completely normal until the sudden onset of symptoms.

Davis teaches owners who have pets with canine kidney disease to use her dietary model, natural supplements and acupuncture, along with conventional veterinary care. She has found (especially if the canine kidney disease is detected early) that most pets show improvement within a week or so. “Many times pet owners call me when their pets are inappetant. The owners get frustrated and start giving them anything they want, which is usually some type of protein. Unfortunately, canine kidney disease should be treated with a reduced protein diet and so giving pets extra protein can aggravate their condition.”

Davis’ website is a library of common pet health conditions with guidelines on how to treat them using holistic care including custom-prepared diets, natural supplements and other holistic modalities such as acupuncture. Her recommendations for canine kidney disease and other health conditions are intended to accompany, not substitute for conventional veterinary care provided by a veterinarian.

C.A.I. Cardiologists Shares the Symptoms of Heart Disease and Arrhythmia and When to See a Doctor