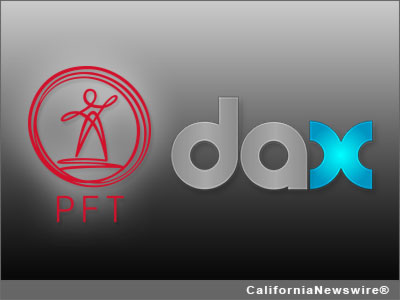 DAX|Mobile for iPhone and iPad will be demonstrated by the DAX and PFT teams at the Prime Focus Technologies booth #9605 South Lower Hall at NAB 2014.

"Mobile-enabled workflow tools are accelerating the transformation of the content production process," said Ramki Sankaranarayanan, Founder and CEO Prime Focus Technologies. "Mobility is a key component of our product development strategy and DAX|Mobile translates that vision. With Mobility, Studios can drive collaboration on the fly and drastically reduce time to market."

"Our new iPhone app is a result of heavy market demand," said Patrick Macdonald-King, CEO DAX and President, Prime Focus Technologies North America. "It truly extends our digital workflow platform further into the mobile space, enabling secure viewing of content on your iPhone from anywhere. As already experienced on iPad, top movie and TV producers depend on secure mobile access to always be connected with their work. We believe this product will seal our position as the market leader in digital production workflow tools."

The DAX|Mobile app is available exclusively to all of DAX's customers which includes most major Hollywood studios and network/cable channels, including top-rated shows such as "Mad Men," "Glee," "Homeland," "NCIS," "CSI," "Big Bang Theory" and "The Mentalist." Any user who already has DAX|Mobile for iPad will get the app for iPhone automatically.

DAX|Mobile for iPhone includes encrypted streaming, video/script watermarking, the ability to view all docs, direct link access from email to screening room as well as our newest feature, Secure Offline for Video, where you can cache encrypted content on your iPad for 15 days (works great with Apple TV).

DAX, featuring the Primetime Emmy(R) award-winning Digital Dailies(R), is a production workflow accelerator and media asset management application platform for content production. DAX|Mobile with iDailies(R) enables authorized users to connect via their iPhones and iPads and securely stream media and navigate between titles, projects, dailies reels, photos, and documents (such as scripts and production reports) via DAX's secure network. DAX is backed by platinum-level 24/7 technical support.

DAX ( http://www.daxcloud.com / @daxplatform ), is the industry standard for production workflow and media asset management applications and services for companies that produce, distribute and license audio-visual content. The DAX platform, including Primetime Emmy(R) Award-winning Digital Dailies(R), is a highly-secure innovative web-based application used by most major studios and television networks for collaboration and distribution management of content during the production process, and for marketing and distribution of final product and library assets.

In March 2014, PFT signed a definitive agreement to acquire DAX, the creators of the Primetime Emmy(R) Award winning Digital Dailies(R).

Prime Focus is listed on the NSE and BSE in India.