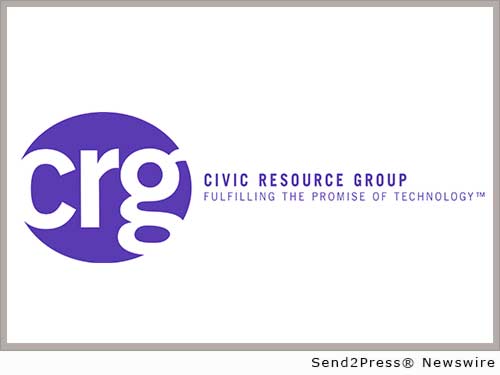 LOS ANGELES, Calif. /California Newswire/ — Civic Resource Group International (CRG) today announced the appointment of Jan Muhlfeit as Special Advisor and Chairman, CRG International. In his dual role, Mr. Muhlfeit will help guide the company as it establishes and expands its leadership position and capabilities in Digital Government on a global level.

Mr. Muhlfeit in his new role will advise CRG on extending and broadening the Company's growth and investments globally, something at which he was highly successful with Microsoft. Mr. Muhlfeit will have a particular focus on emerging markets, cities and regions that are on the brink of major change, and reaching younger, more tech savvy generations. His stature in the international community and proven leadership will provide the Company with a strong hand as it navigates international business rules for technology companies entering foreign markets, and generally in dealings with multiple governments and organizations in the broad public sector.

Mr. Muhlfeit takes on his new role at a critical juncture for CRG as it establishes itself as the leading Mobile-First/Cloud-First/Data-First solutions provider for the broad public sector globally. Mr. Muhlfeit's oversight will be key as the Company introduces its award-winning CivicConnect(TM) Platform and "Smart" mobile products to a range of international public sector verticals including e-government, travel and tourism, transportation, water and energy, health and education among others. He will also provide direction on implementing the Company's plans for strategic partnerships, acquisitions and mergers worldwide. As the first order of business in 2015, Mr. Muhlfeit will oversee establishment of CRG's new Civic Cloud Hubs in key strategic locations around the globe.

"We are thrilled to have Mr. Muhlfeit join CRG as special Advisor and Chairman, CRG International," said Gregory Curtin, Ph.D., Founder and CEO of Civic Resource Group. "He is incredibly smart, deeply experienced, and passionate about the possibilities around how new technologies – mobile, Cloud, the Internet of Things, etc. – can positively impact citizens, organizations and governments in the digital world. I am personally looking forward to working closely with him as we expand CRG's presence, product line and investments globally."

On joining CRG, Mr. Muhlfeit observed that, "In the 21st century cities, regions and even countries will mainly compete through the ability to unlock human potential. Technology will play an unprecedented transformative role in society and will even more dramatically influence further globalization. I am glad to join the CRG International team, because I believe that their technology will help transform cities, regions and countries to build better places to live around the world."

Mr. Muhlfeit is an Information and Communications Technology veteran, having served as a Vice President of Microsoft's Public Sector team in Europe, Middle East and Africa in 2005, Vice President, EMEA Corporate & Government Strategy in 2006 and most recently as Chairman Europe, Microsoft Corporation, among other notable appointments throughout his almost 22 years tenure with the company. Mr. Muhlfeit has served on numerous advisory boards for several European governments in the field of Information and Communications Technology, national competitiveness and education.

He also represented Microsoft on the Transatlantic Business Dialogue (TABD) and is involved in his advisory capacity in different projects of the World Economic Forum (WEF), the Organization for Economic Cooperation and Development (OECD), and the European Policy Center (EPC). He graduated from Czech Technical University and later completed executive development programs at the Wharton School (UPENN), London School of Economics (LSE) and Harvard University.

Civic Resource Group International (CRG) is one of the world's leading providers of digital government solutions. The Company pioneered highly secure Mobile/Cloud/Data First solutions that touch every facet of citizen's lives. Since 2000, CRG has been "Fulfilling the promise of technology" for clients in the broad public sector, helping them to harness digital advances to effectively connect with their target audiences.

By leveraging the award-winning CivicConnect(TM) Mobile/Cloud/Data First platform and deep domain expertise, CRG has delivered impactful, engaging and cutting-edge solutions that facilitate openness, transparency, safety and efficient service delivery for external and internal users alike. CRG is a new breed of Company with a new approach, blending the best of technology, design and communications in the digital age to support Sustainable Communities, Efficient Public Services, Engaged Citizens and Overall Better Quality of Life.

KROST CPAs Announce Greg Kniss as Chairman of the Board, Jason Melillo as CEO and Keith Hamasaki as Principal of Assurance and Advisory