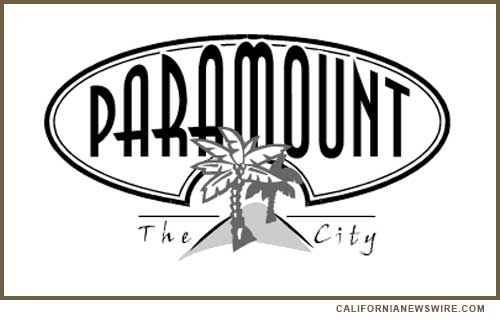 The City Council instructed staff to draft a letter in support of the bill for distribution to legislators.

“Protecting our residents is the top priority for the City Council and City staff,” said Mayor Peggy Lemons. “We appreciate and rely on the expertise of the scientists and regulators at SCAQMD to oversee air quality. Assemblymember Garcia’s effort to push for this additional power for SCAQMD is important to our residents.”

Such a measure could have been used in December 2016 when SCAQMD sought immediate corrective action against Anaplex Heat Treating in Paramount regarding hexavalent chromium emissions but could not gain a temporary restraining order from the courts to support their efforts.

“AB 1132 would provide immediate protection to the public when it is determined an operator is polluting a community at toxic levels, like what happened in my own neighborhood,” said Assemblymember Garcia, Chair of the Assembly Natural Resources Committee, referencing her personal experience with Exide and its lead contamination of the surrounding communities. “The support of AB 1132 by local governments, like Paramount, demonstrates that this need is recognized beyond the halls of the Capitol. The people are asking for polluters to stop.  I thank the Paramount City Council for joining the list of organizations who want to empower our regulators to take action when needed.”

AB 1132 authorizes air pollution control districts to issue a temporary order for abatement immediately upon finding violations of air pollution standards that present an “imminent and substantial endangerment to the public health or to the environment.” Currently, the process can take weeks, during which time a targeted facility may continue to pollute.

The bill still retains due process and other legal protections for businesses. Orders for abatement, for example, would apply to specific operations that are causing the danger pending a hearing before an SCAQMD board. Such violations have to be discovered through a series of air monitoring tests around the facility.

Paramount’s support of SCAQMD being given stronger tools is the result of the relationship that has developed between the two entities over the last several months since the air quality agency detected the elevated levels of hexavalent chromium in town. Weekly conference calls and interim ad hoc contacts have resulted in proactive efforts on the part of the City, including its purchase of five air quality monitors to be permanently maintained in various neighborhoods, expedited support for the installation of AQMD’s monitors around the City, and cooperation on public outreach.

To read about AB 1132 directly, visit the State Legislature’s website at http://leginfo.legislature.ca.gov/faces/billNavClient.xhtml?bill_id=201720180AB1132.

Paramount, California is nationally known for its successful transformation from blighted suburb to a well-run city with an attractive business climate and quality of life. Located at the gateway to the Los Angeles metropolis, the municipality has earned numerous state and federal awards for its innovative strategic planning and investment in capital improvements. Today, Paramount is a business-friendly, growing community of landscaped boulevards, enhanced police service, parks, recreation programs, affordable housing, public art, and tree-lined neighborhoods with white picket fences.  For more information, visit www.paramountcity.com.