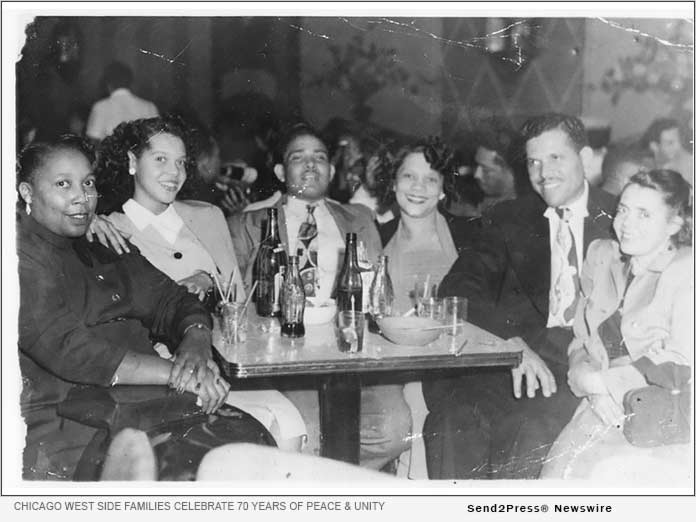 3161-3163 W. Monroe is not an address; it is “the Mothership.” For over 70 years families connected by bloodlines, childhoods and a church have resided at the six-unit, three-story, apartment complex, located in the heart of East Garfield Park. The “Monroe Family Fellowship” will be hosting a Plaque Dedication Ceremony September 5, 3161-3163 W. Monroe at 3 p.m.

All Monroe family and friends are invited to attend a celebration to honor the pioneers and motivators of 3161, 3162, 3163 and 3164 W Monroe with a bronze plaque that reads, “A love silhouette of brick and mortar, this building and the names engraved below will forever be bound together as a symbol for grace, redemption, and unending friendship, proving unity and love trump racism, corruption, and palpable ignorance.”

The Milam and Brownlee family’s relationship goes back to reconstruction when both families lived on plantations known in the 1900 census as Beat 5, Tate County, Mississippi. It was said “The Brownlee’s were the only sharecroppers allowed to leave the plantation, because they were related to the White People who owned the land.” This mattered little to Papa Brownlee. He had a reputation for being a defiant Black man, or the more popular phrase, “an unruly Negro,” a trait present in the Brownlee’s today.

Lucy Milam, born in slavery worked as domestic for a person only known as “The White Man.” She would birth 14 children between her husband Hence Milam, and the man known as the “The White Man.”

According to her Great Grandson Frank Wilson, “My father would tell me stories about how they would all go to this white lady’s house, and she gave them food, because she knew they were the children of her husband.”

Frank Wilson’s father, Frank Milam partnered with Mr. Jake Brownlee and the two became the most successful bootleggers in Mississippi. Jake had a brother named Richard Brownlee. Richard was known for being handsome, a barber, and successful gambler. Richard liked to gamble and drink; Frank like to drink and gamble. By 1925, the rear of Richard Brownlee’s shop became an official Negro Casino. Some years later, Richard would meet Frank Milam’s 1st Cousin, a fair maiden named Robbie, and here is where story begins for the next generation.

In 1950 two families one from Louisiana and one from Mississippi purchased what is now 3161-3163 W Monroe. Among them were Robbie and Richard Brownlee, who could like many others, could pass for white, but instead demanded to be Black, purchased property, and invited other family to join them. The apartments soon became a way station for what would be called the “Great Migration.”

This press release was issued on behalf of the news source, who is solely responsible for its accuracy, by Send2Press Newswire. To view the original story, visit: https://www.send2press.com/wire/chicago-west-side-families-celebrate-70-years-of-peace-and-unity/