RICHMOND, Calif. /California Newswire/ — It may be summer break but for college math professor and hip hop artist Chad Rico school is back in session! Chad plans to drop lesson plans all season long with his “12 Weeks of Summer” EP project on Gold & Gems Records by releasing a new single every week. 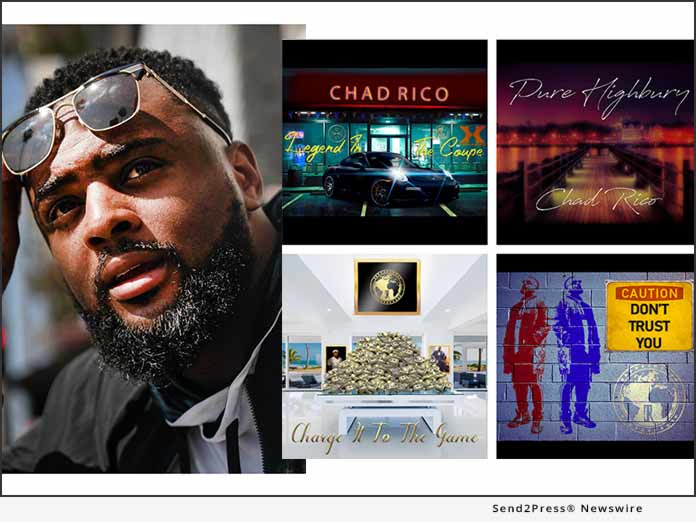 With intentions to keep his international classroom of music fans interested and engaged during the upcoming heatwave, “Legend in the Coupe,” the debut track, hits on June 14 and is a banger for the books! Follow up song assignments for the first four weeks include “Pure Highbury” on June 21, “Charge It to the Game” on June 28 and “Don’t Trust You” on July 15.

As an entrepreneur, financial analyst, clothing manufacturer/designer, filmmaker and world traveler, Chad Rico has proven himself to be a master mathematician who can calculate winning formulas in any arena. He dropped his first EP “Myth” last year with the single release and wildly popular video, “New Level.” Both titles lent clues to his intentions and added up to major successes.

“I am fully aware that there are haters who thought that as an academian, I would not be fully committed or able to demonstrate consistency as a music artist. They anticipated that my ‘Myth’ project was a flash in the pan. June is my birthday month and for 32 years now, I have been proving that I am an individual who sets no limits with my endeavors. ’12 Weeks of Summer’ will cement my stamp in the music game with what I like to call teachable moments by dropping a different single every week!” notes Chad.

A Belizean American, Chad’s legend began at birth when he was born in Los Angeles, in the same hospital and at the same time as Grammy Award winning artist Kendrick Lamar. Currently repping for the Bay Area, Chad’s family relocated to Northern California where he now resides. The esteemed University of California Berkeley alumni attended the University on an academic scholarship at the age of 16! With a B.A. in African American Studies and Applied Math, and a master’s in mathematics from San Francisco State University, Chad also spent eight months in London in a Regents College Graduate Business Program.

The intentional student turned professor has taught math at Contra Costa College, City College San Francisco, Berkeley City College and College of Alameda. The 32-year old has traveled to over 35 countries. In addition to his music company Gold & Gems, he owns and has operated his Gold & Gems clothing business for the past six years.

Register for class with him at http://www.Chadrico.com and sign up for attendance on at @internationchadrico (https://www.instagram.com/internationalchadrico/ ).

Check out the music track curriculum at https://www.goldandgemsrecords.com/12weeksofsummer.html.