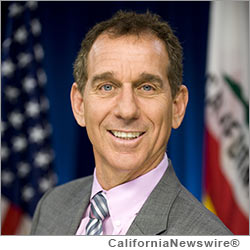 “The horrible stories of abandonment, abuse and neglect in these facilities sparked this reform package and these new laws are a positive step forward to securing safer environments for our seniors,” Wieckowski said. “With such a growing senior population and so many facilities to look after, the state must remain vigilant to ensure appropriate action is taken where it is needed.”

AB 2171, authored by Wieckowski and supported by a broad coalition of senior and consumer organizations, creates a statutory Bill of Rights for seniors in Residential Care Facilities for the Elderly.

“We have put in statute a set of rights for RCFE residents that cover informed consent, financial management, privacy, adequate staffing and other issues,” he said.

Brown signed nine bills on residential care facilities Sunday. The bills were introduced after a number of stories by the Bay Area News Group, San Diego Union-Tribune, Center for Health Reporting, Pro-Publica, Frontline, and newspapers across the state.